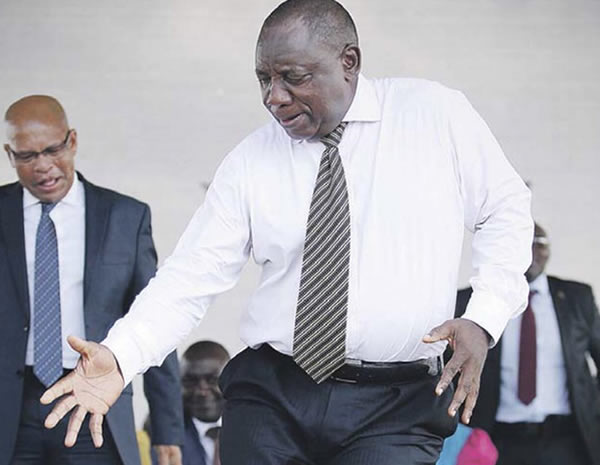 Master KG is taking in all the love after he and Nomcebo's hit single Jerusalema got a shoutout from President Cyril Ramaphosa, who is a huge fan of the song.

In his address to the nation on Wednesday night Ramaphosa spoke about the upcoming Heritage Day celebrations and said that there was nothing that captured the essence of Mzansi at the moment more than the track.

"There can be no better way to celebrate our South Africaness than to join the global phenomenon that is spreading across the world, that is the Jerusalema dance challenge. The Jerusalema song that I love so much,” he said, with a smile.

Ramaphosa urged all South Africans to participate in the challenge, by posting videos of themselves dancing to the song on social media.

“Show the world what we are capable of. Our performers have demonstrated to the world that we have got good music and good (dance) moves.”

Soon Master KG's mentions were flooded with love from fans and celebs across the country, as the #JerusalemaChallenge hashtag dominated the Twitter trends list.

The muso retweeted much of the love he received and responded with humble praying hand emojis.

He also thanked God for all the love so far and told fans to “never underestimate the power of God”.

The shout out from Ramaphosa came as the cast of popular TV soapie The Queen got down to the challenge for a crew member's birthday.

The video was posted by producer Connie Ferguson and features some of Mzansi's most famous faces, including Connie, Themba Ndaba, SK Khoza, Jessica Nkosi and Rapulana Seiphemo.

Jerusalema continues to dominate worldwide, topping the Shazam charts recently as the most searched song on the planet. Last month it reached more than 100 million streams on YouTube and a few weeks ago was featured by global superstars Cristiano Ronaldo and Janet Jackson on Instagram.

Master KG said he was blown away at how much love the song was getting.

“It's so beautiful to see how Jerusalema has taken over the world, to see how far it has gone. The song did amazing at home, in December 2019 charting on every radio station. It ruled the streets and people created memories to the song.”