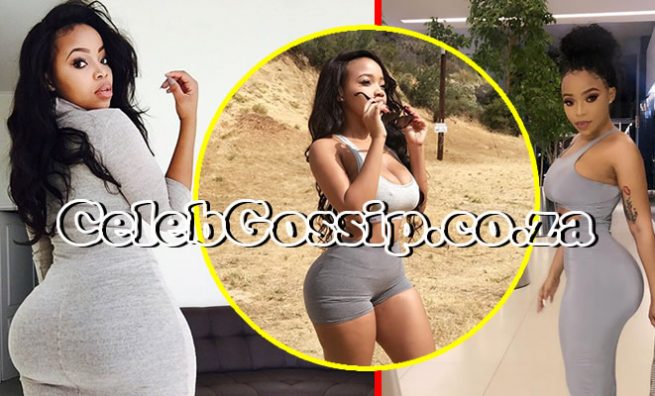 Here is a list of Mzansi celebrities with leaked sex tapes and nudes.

If there is one thing Khanyi Mbau loves giving her fans, it’s the shock factor.
The media personality is known for being over the top and very unapologetic about her life choices. The media personality shot into fame when her nu.des were intentionally leaked and distributed online. The photos left nothing to the imagination

The Queen actor Sk Khoza is also another star who recently trended for nudity. During the lockdown, a video emerged of SK Khoza at a sexparty with naked ladies. The actor and presenter later apologised saying that he was sorry for embarassing his family and friends.

Queen of Twerk faith Nketsi is known for her valuptous figure. The social media starlet has been romantically linked with Davido. In a video that was posted in 2016, Faith Nketsi was seen getting intimate with Davido.

Law student, Pulane Lenkoe, trended on Twitter for a few days after nude pictures of herself were leaked online by her ex-boyfriend. It was also suspected that Pulane might have leaked the photos herself to catapult herself onto the celeb scene.

This has further exposed the minister, who insists that the footage was meant for his wife, except he never sent it.