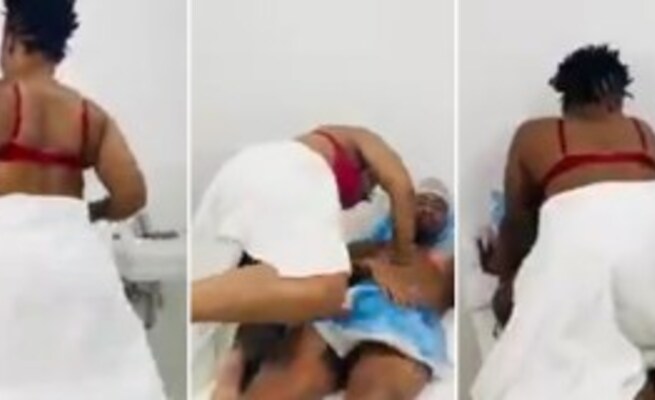 Zodwa who is an ambassador for beauty & aesthetics clinic Herrwood Medical Centre, has been busy promoting a number of their procedures on offer including; breast and butt augmentation and penis enlargements.

Zodwa posted a video clip on her social media pages of her ‘testing’ out an enlargement procedure done on a male client and had fans and followers gasping in total shock (and horror!)

A number of Zodwa’s fans called her out for being money-hungry, claiming that she endorses everything without thinking about the health or moral implications.

Many also questioned her sincerity when it came to the patient, as she appeared to speak to him without a face mask on.

A number of people also claimed that the video was embarrassing for the patient, and suggested that she should have blocked out his face