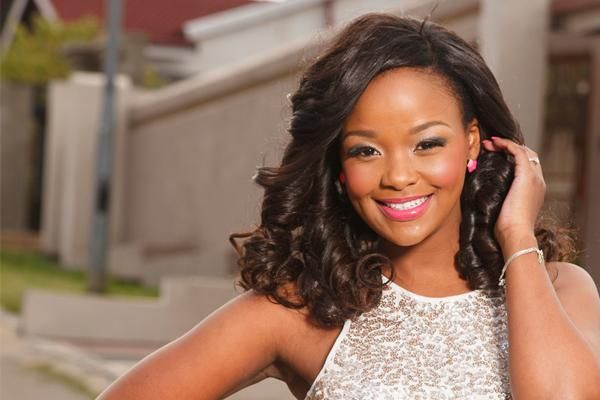 In 2016, the TV actress announced that she was retiring from the entertainment industry. However, two years ago, she made a U-turn and appeared on SABC3 talk show Trending SA as a guest presenter. That was the last we heard from her.

On Friday, Mzansi Magic announced the return to screen of the former Channel O presenter as the cunning Cleopatra Mofokeng.

The character, a 30-year-old con operating in Gauteng, grew up in a poor family where her mother was a domestic worker and her father a gardener.

“Cleo has been moving around in Gauteng, going from township to township, tricking people into investing in her pyramid schemes and then taking off with their money. She’s manipulative, charming and a skilled liar,” says the channel.

Thema said it was good to be back on the screen, doing what she loved.

“I am excited to play Cleo. She is a great character. As Nonhle, I can relate to her. We have similarities because we both come from ekasi and are trying to make it in life. But Cleo wants to make quick cash,” said Thema.

She warned of the many Ponzi schemes online these days, saying many people had lost millions because they fell into the trap of trying to make a quick buck. She said Cleo’s storyline was going to be an eyeopener for many, and she hoped viewers would decide to stay away from get-rich-quick schemes.

“My lesson learnt from Cleo’s storyline is that there are no short-cuts in life, nothing comes easy. Unfortunately, easy come, easy go.

“Everyone is hungry for success, but one has to work extra hard for it. But in the world we live in, everything is so ‘microwaved’ – people want to take the easy route to a journey to success,” Thema said.

Many would think the industry would have written her off following her Twitter rants and subsequent apparent meltdown in 2011, which were tantamount to career suicide.

Thema tweeted a series of messages flexing about the millions she had in the bank, the Mercedes-Benz she bought for her mother and how she was paid in dollars.

One of her tweets read: “Dark n Lovely made me rich at 27. I was getting R2 million bucks. Damn!”

However, the actress and businessperson says she has left the past behind and doesn’t want to be reminded of it.

“Are you aware that it’s almost 10 years ago that this happened? Please let’s not dwell on the past,” she said when City Press broached the subject.

She shared that she decided to leave showbiz and the spotlight for personal reasons.

“I was enjoying living my life outside the spotlight. I grew up in the television industry and it’s not easy growing up in front of strangers. You learnt to take your first step, you learnt to walk and talk, and the audience was always there. I didn’t want it any more. I did not want to come back to the industry,” she explained.

Even when this opportunity came about, Thema says she was not planning to come back to the industry.

“My love for TV had died. But God has His ways of doing things. When you have a gift, no one can take it away from you. This is the right time to make a comeback. Only God knows what the future holds for me.”

Thema, the daughter of veteran actress Cynthia Shange and popular author and journalist Derrick Thema, admits that her past has shaped the woman she is today.

“While I was still paying attention to myself through introspection, I realised that my passion was to share my gift with others, and that’s how Talent Coaching Academy was born.”

The academy is “a place of stimulation for young, talented individuals who want to make a difference in their own lives through certain fields in the media, entertainment and business industries”.

“These are the people who grew up watching me, and it always gives me pleasure to give back,” she chuckled.

Thema, who is now a life coach, says she doesn’t have any regrets.

“Life is never regretful. I believe that part of growing up is [leaving behind] a picture of our colourful destiny and journey.”

Just before we wrapped up the telephonic interview, she said: “Please don’t forget to watch me tomorrow and give me constructive feedback about my acting, and tell me if I still have that thing.”