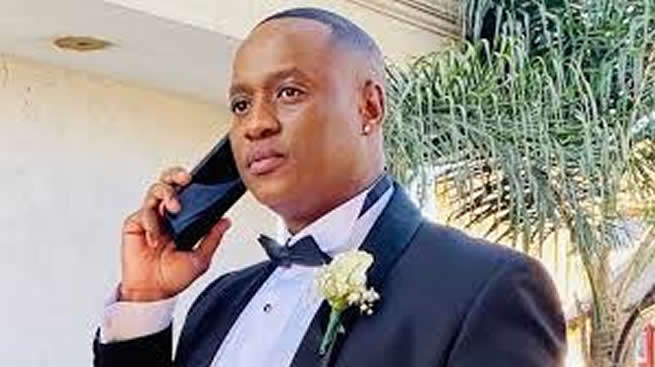 It seems all the drama on Moja Love will now be played off air.

The show, which aired its first episode on Sunday, is about a partner who promised to marry their partner, but didn't.

Cedric Manala alleges the channel stole the concept from him.

Speaking to Daily Sun, Cedric said: "I saw an advert from Moja Love requesting people to submit TV show proposals. I submitted mine in June. After I submitted my proposal, I saw an advert of a new show coming out, which had the same concept as mine." 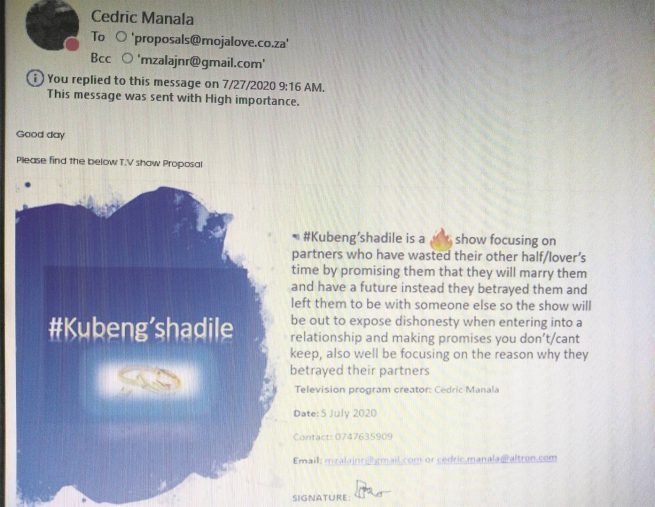 The 30-year-old from Tembisa, Ekurhuleni, said Moja Love only contacted him after he called them out on social media.

"The CEO of Moja Love, Aubrey Tau, along with head of channel Bokani Moyo, contacted me. They said they haven't read my email.

"I asked them why the concept was the same. All they did was change the name."

Cedric said he was then invited to visit the station, but he asked them why they wanted him there if they hadn't read his email and the concept wasn't his.

"They said they wanted me there when they recorded and aired the show, which I also questioned," he said.

"This was never about compensation. It's about recognition because it was going to put me on the map and open doors for me."

He said he would like to take legal action against Moja Love.

"I waited for the first show to air because they could have decided to cancel it before I took any legal action. I'm looking for a lawyer to help me pro bono.

Moyo said: "The channel has been working on the show format for 'You Promised to Marry Me' since last year as a spin-off of "Uyajola 9/9".

The concept of the show was created and formalised internally by the channel's executive producers."

Moyo said all proposals submitted for the month of June had not been processed.

"The amount of proposals is overwhelming, and we're in the process of setting up a dedicated committee to manage the workflow."