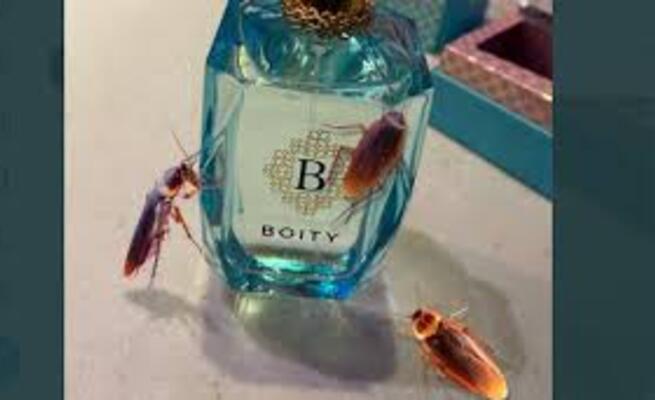 If there’s one thing South African Twitter users have, it’s a long memory. Add an unforgiving spirit to that and you’ve got the kind of dilemma media personality and rapper Boity Thulo has found herself in.

On Friday, the rapper announced that she would be releasing her first-ever signature eau de parfum in collaboration with a company called Halo Heritage, who describe themselves as the new leading creators of luxurious natural haircare and fine fragrances.

The fragrance is called Boity Pink Sapphire and has been trending along with the word “roaches”.

This comes after the musician reportedly commented on tweets by influencer Mihlali Ndamase who expressed her frustration recently after men slut-shamed her for admitting that she is dating.

“They DGAF. Don’t let the roaches bring you down to their level,” commented Boity.

They DGAF. Dont let the roaches bring you down to their level. https://t.co/6TpI3F0Z1L

On a sperate occasion, she tweeted: “Do these roaches not have jobs?! Sitting, bitchin and gossiping on twitter all day? Sies.”

She then tweeted what some have called an apology, however, it doesn’t necessarily read like one.

“A few days ago, I was being trolled by a number of men on this app throughout the day. These men insulted me in every way possible. I too responded with insults & proceeded to call those men unemployed roaches. If you didn’t insult me that day, the insult was not meant for you,” tweeted Thulo.

Some believe she did this as part of damage control ahead of the announcement of her perfume which many have claimed they would not be buying due to their status as roaches. Yikes.

@SneNgwane03
Maybe it my poor public school English but Boity did not apologize, she only made a justification of why she called us unemployed roach
🙄

@Becoz_Music
I wish i can buy this but as part of roaches i cant afford . Keep on pushing #BoityPinkSapphire