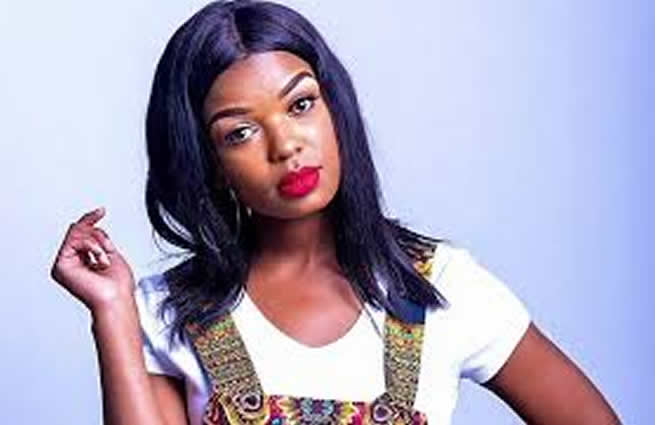 Thandeka Mdeliswa is known to be the young actress who played 25-year-old Khanya on drama Ikani.. She previously landed minor roles on local soaps Generations: The Legacy, Isidingo, and Rhythm City, and a bigger one on the SABC1 short story series Ngempela.

She made her breakthrough after landing a leading role in Ikani, and she said it was “a dream come true” for her.

Thandeka Mdeliswa’s family confirmed that she died after being shot. In a statement released to the public, a family spokesperson wrote : “She was shot in Evander, Mpumalanga on Thursday 3 September 2020. She was immediately rushed to Evander hospital, stabilized, and then airlifted to Witbank after which she was transferred to Steve Biko Academic Hospital (Pretoria). She passed on on the morning of the 5th of September (Saturday). 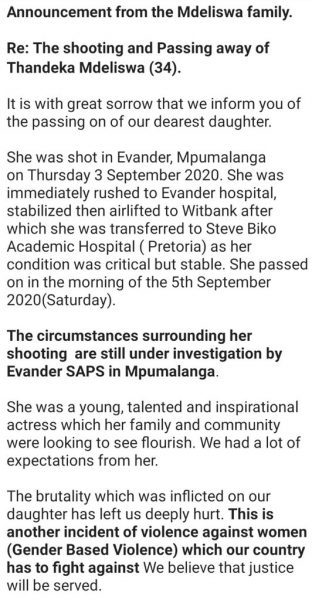 Here are some Tweeps from South Africans who are fed up with the scourge of gender-based violence in the country, some are calling for the death penalty to be reinstated, while some are asking the President to actually do something.

Now why can't the government do it?

Mr @CyrilRamaphosa sir your silence is worrying me. We don’t need prayers and thoughts, can something change please !💔💔

May your soul rest in eternal peace 🕊 #RIPThandekaMdeliswa

Rip beautiful😔❤️yaz, mom & I were legit watching you on last week's Saturday movie on 161, my mom was like yoh, uke wanyamalala loGirl kanti ave ekwazi ukuActor but girl😔rip, justice will be served, it must be!
Seems like God can't hear our cries.#RIPThandekaMdeliswa#NoToGBV https://t.co/xRi5CDinXI

The family has asked for some time to mourn their child's untimely death and promises to update everyone as the murder case develops.

May her soul rest in peace.