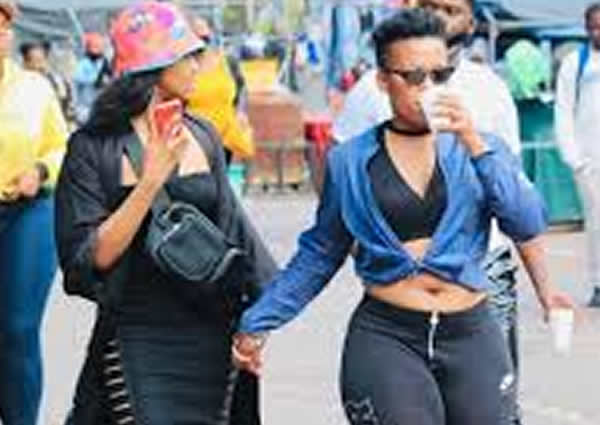 Joining fellow artists on the N3 north and southbound highway, Zodwa has been seen holding a 70% capacity board for all events, one of the main demands for President Cyril Ramaphosa in the #VulaPresident protest.

Babes Wodumo and Zodwa Wabantu seem to have a budding friendship and the two might be closer than we think.

Zodwa, known for her free spirit shared a video of the two buying some food in KwaZulu-Natal, Durban before they participated in the #VulaPresident protests on Wednesday.

The two entertainers holding hands were seen happily around a Durban market and taking pictures with fans. You could say the two have a lot in common, such as the love of music with Babes being the queen of Gqom and them just wanting to have a good time.

Joining fellow artists on the N3 north and southbound highway, Zodwa was seen holding a 70% capacity board for all events, one of the main demands directed at President Cyril Ramaphosa. The pair, sporting all-black outfits, are in support for events, clubs, and concerts to open in Level 2.

Zodwa said the situation was dire, incomes have hugely decreased with many artists sitting home not earning an income in nearly six months.

Some have criticised the entertainers, who say events are the least priority as there are much bigger issues to tackle during the pandemic.

I understand that this is how they make a living …but chanting #VulaPresident we wanna party ain't it… it dilutes the whole purpose of this initiative for me 🤨 https://t.co/3aXb4Y9Yct