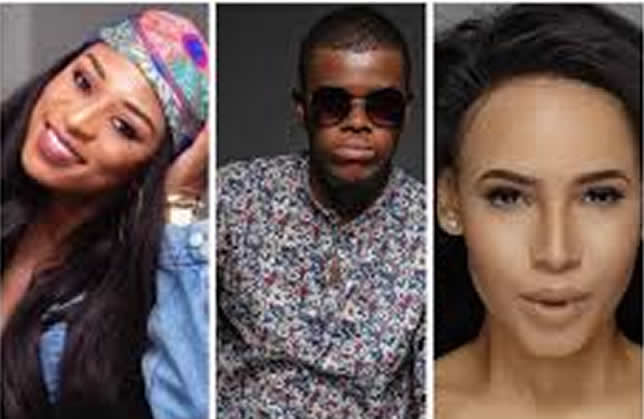 It seems DJ Zinhle Zinhle is stuck in another love triangle.

Zinhle who recently went on her Instagram page to announce her new bae after splitting up with her baby daddy AKA again is apparently seeing flames in her new relationship with Bongani Mohosana known as Murdah.

Murdah is one half of Mzansi’s popular house music duo, Black Motion, and is the first man who managed to steal the heart of Africa’s most popular female DJ, Zinhle following her breakup.

Murdah, who prefers to keep his private life private unlike Zinhle, has been under the microscope as fans want to know more about the man who’s keeping that smile on DJ Zinhle’s face. Murdah was previously, dating former Generations The Legacy actress and DJ Thuli Phongolo who like Murdah preferred to keep her love life out of the spotlight.

Apparently things were not over between Phongolo and Murdah when Zinhle announced their new relationship. Phongolo who is known to be one of the rudest celebrities in South Africa has been angry since Mudah and Zinhle became public. It looks like Zinhle is doing exactly what Bonang did to her, except this time, Thuli isn’t pregnant.

Zinhle is apparently tired of being ‘nice’ and is ready for war. Both Thuli Phongolo and Mudah were so careful and private in their relationship and have denied they were in a relationship. However, there were times where the actress and her boyfriend left breadcrumbs. Like; snaps where the actress Thuli Phongolo and Black Motion member Bongz were both on a safari vacay at the same time.

Let’s hope Zinhle wins this time around and history won’t repeat itself!