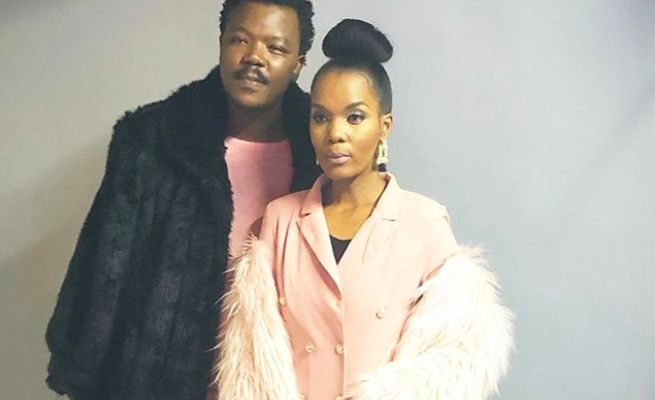 Mome made the statement during an online session addressing fans’ concerns about the media storm surrounding her husband.

Following her posts and comments on social media at the weekend, Mome Mahlangu, wife of retired comedian Mongezi “Tol A$$ Mo” Ngcobondwane has been subject to much criticism from the public.

This after she posted, and then altered, a statement on social media in support of her husband.

In her post, she referred to the public as the “kangaroo court” before adding: “I’m not sure why I’m being bullied cause yes I will support my husband until he is proven guilty, not by Twitter.”

In her initial statement, Mome revealed that this is the third time someone has taken her husband to court in the span of three years. It is unclear what the other legal matters were about.

She further took the time out to respond to comments from her followers where she stated that she would leave Mahlangu if he were to be found guilty in a court of law. 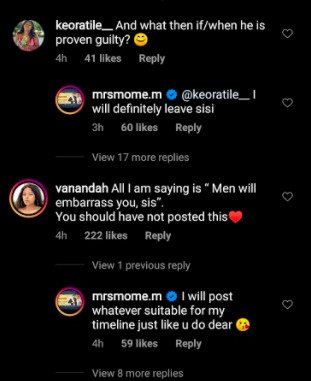