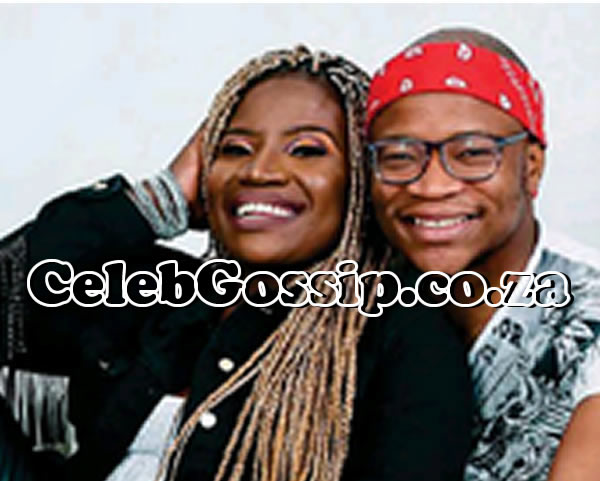 Shivenda music superstar Makhadzi has spoken out for the first time since confirming her separation from ex boyfriend, the world renowned star Master KG.

According to Makhadzi, without mentioning his name, Master KG doesn't take kindly to competition.

She implied he was jealous after her trending Channel O performance on Friday night that he decided to steal her shine by announcing their separation yesterday.

"I have realized that us as women are a threat to other man without knowing avhatodi ufhiriwa (they don't take kindly to competition) they are jealous and they don’t want us to shine. I was trending because of my hard work and one person decided to steal my shining."

She said all she ever wanted yesterday was to see people celebrating her hard work because she took her time to rehearse for her Lockdown House Party performance.

She also lamented those fans who rediculed her looks: "all I got was some people swearing at me telling me about my looks" 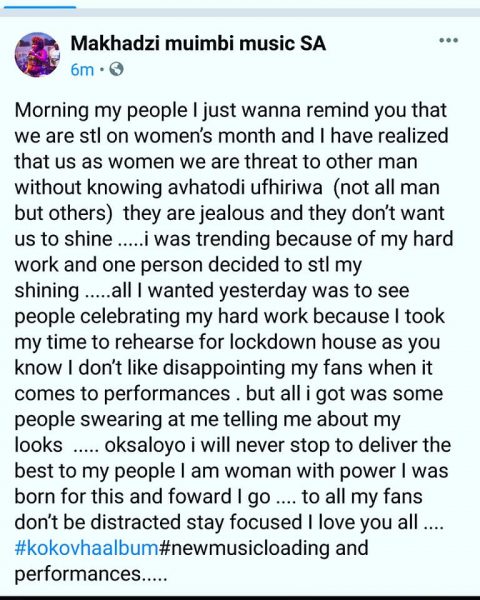