Black Coffee who is currently on his European tour, took to social media to share that he was currently in Munich, Germany.

But, his sneakers drew a lot of more more attention than anything and fellow celebs like Unathi, DJ Sabby, Thapelo Mokoena couldn’t help but comment at the sneakers.

a “SNEAKER game GAMA As I faint.” 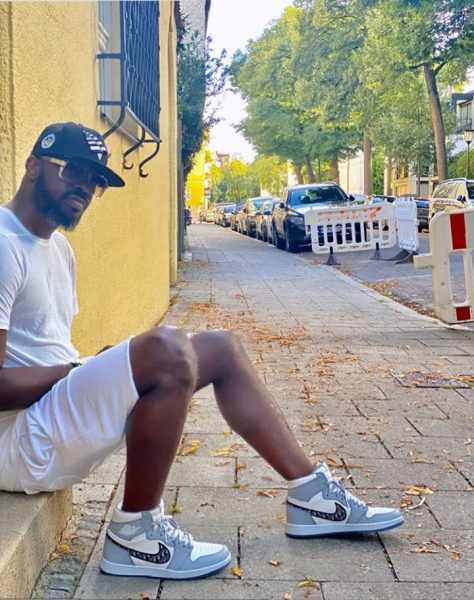 The Twitter FBI immediately went to investigate more about the sneakers and the Air Jordan 1 Dior cost nearly R350 000, that is more than a quarter of a million,yhooo!

As one fan said, the sneakers cost the same as the Golf 7 CTi car.

It’s safe to say Black Coffee is living the life and is not lacking for nothing.

His ex wife Enhle Mbali is reportedly holding out for a huge chunk of his money as part of their divorce settlement.