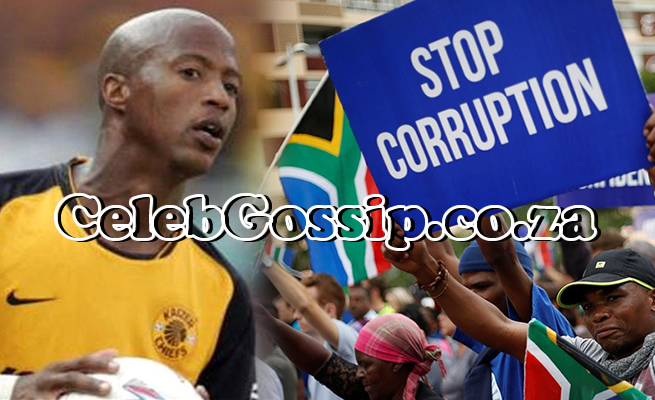 The name of former Orlando Pirates and Kaizer Chiefs defender Jimmy Tau was a bone of contention at the state capture inquiry on Wednesday.

This was while the commission was hearing evidence related to the controversial 2014 asbestos eradication project undertaken by the Free State provincial government.

The commission was battling to make sense of the events related to the projects, as well as payments that were made to all various companies involved — including some payments to individuals who did not provide services.

Among these was a R3m payment made to one “JT”, according to a spreadsheet compiled by now-deceased Diamond Hill boss Igo Mpambani. The “JT” reference is believed to have been a reference to Tau.

But Blackhead boss Edwin Sodi, who was giving evidence at the commission on Wednesday, could “not confirm for sure” that the payment was to Tau. However, he confirmed that he had business dealings with the ex-footballer at the time.

“I appointed him as a business development consultant. That payment is not related to his involvement in the asbestos project because he was never involved,” said Sodi.

“I assume it was him [who received the payment] but I cannot confirm for sure.”

Sodi was grilled on why he did not know companies and individuals that were paid by a business partnership to which he was entitled to 50% of the profits. He claimed ignorance, saying the late Mpambani was the one who put together the spreadsheet.

Sodi said he was just “happy” to get R86m in his bank account.

But this R86m did not add up to the 50/50 agreement he had with Mpambani, as calculations suggest he was meant to benefit to the tune of at least R103m.

Sodi insisted that he never saw the spreadsheet until last year, when he met the commission’s legal team.

Commission chairperson Raymond Zondo and evidence leader advocate Paul Pretorius found it hard to believe that he would be so ignorant of his own business, especially considering that Mpambani e-mailed him the spreadsheet.

On more than 10 occasions, Sodi insisted that though he received the e-mail from Mpambani, he never bothered to open it.

Sodi was also grilled about his company’s appointment for a similar project by the Gauteng provincial department of human settlements, in which his company scored a handsome profit worth R100m on a contract with a total value of R229m.

After his work in Gauteng, Sodi was controversially appointed without an open tender process in the Free State.

In the contested spreadsheet of payment in the Free State funds, several other initials that cannot be explained appear. Among them is “AM”, which is assumed to be in reference to then premier Ace Magashule.

Sodi said he was not aware of any payment that could have gone to Magashule, again laying the responsibility over payments on his late former business partner.

Other initials appearing in the spreadsheet among those who received payments match those of all government officials who were involved in the awarding of the tender.

“What are the chances that it is mere coincidence that not a single one of these initials are those of people who had a role in this project?” asked a puzzled Zondo.

“If I had gone through this spreadsheet when it was e-mailed to me, I would have been inquisitive and called Mr Mpambani, and I am sure he would have had an explanation,” he said. “The other question I would have asked was, why all these amounts to these people and what do they mean?”

Mpambani died after being gunned down three years ago.