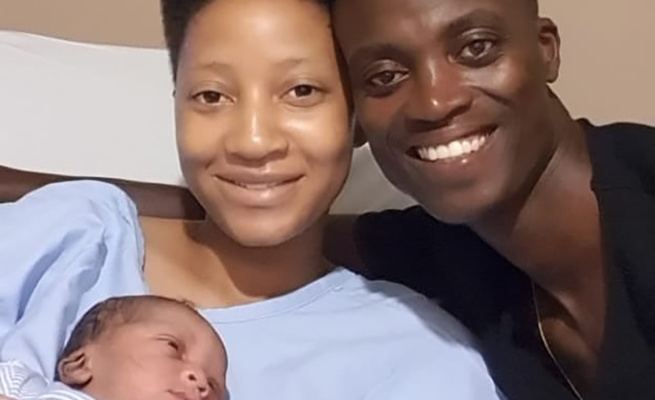 King Monada’s marriage to his second wife, Cynthia Leon is in a state of idibala. Celebgossip.co.za has learnt that King Monanda has chased Leon out of his harem in Mokgoloboto village, outside Tzaneen in Limpopo, last week.

The news was revealed by a close relative who was happy to see the back of Leon. The relative, who did not want to be named for fear of reprisal, said King Monada grew tired of her curtain lectures and henpecking.

The relative also said Leon disrespected King Monada’s mother and was unwelcoming towards the muso’s visiting relatives. The next of kin also said Leon, who works for the Greater Letaba municipality in Modjadjiskloof, has since returned to her parental home. King Monada apparently complained several times that Leon always screamed at and criticized him whenever he returned home late from work.

“She didn’t understand that by virtue of being a celebrity, Monada is a people’s person and sometimes or always will return home late at night because he has to make money. But she will nag him for that,” said the relative. The relative also said King Monada took issue with Leon’s lack of hospitality towards his family when it visited. But the last straw was when Leon apparently exchanged acrimonious words with his mother.

“He then told her to go back to her parents’ home to be properly disciplined as she lacked respect. She left but returned to Monada’s house later in a bakkie and took her stuff and drove off.”