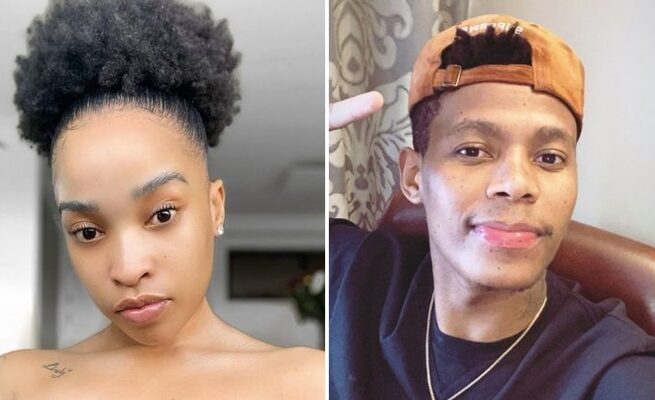 Fans started suspecting they were an item after witnessing their flirty exchanges on Instagram live streams.

The pair were recently spotted kissing and being affectionate via Instagram stories.

In the story, Mahlangu can be seen enjoying a snack and dancing along to a tune before the Bafana Bafana star midfielder comes up behind her, lightly holds her neck and plants a kiss near her mouth.

The Blood & Water actress then exasperatedly says “babe!” before the video cuts.

Zungu, who has been playing in the top French league for Amiens SC has been home since the coronavirus pandemic began and was recently let go from Amiens SC.

Last year, Zungu’s ex-fiance, Khanyi Cele, trended after she began a live stream while clearly intoxicated and admitted that Zungu had been unfaithful to her. She then dared women to go for him as he was an easy target and asked them to capture their attempts on film.

According to reports, Cele was in conversation with two other women in the background – said to be her mother and aunt – who were evidently egging her on.

When one of them told Khanyi that women who did try to take up the challenge to make a sex tape would not be successful, she said they would be.

She said: “Bazomthola [they will get him], but I want them to take a video while they’re doing it. Have sex with him and send me a video and see what you’ll get, because you’ll only get a smelly condom to show you’ve just slept with him. Nothing more you’ll get from it, thank God Instagram doesn’t know that I’m cursing.

Even if he proposes to them, I’m not trying to fight any hoe for anything.”