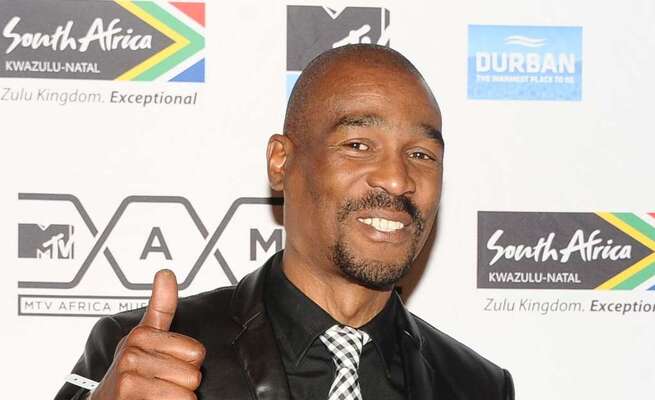 Legendary radio and television broadcaster Bob Mabena was in the middle of organising the launch party for the album he had released two weeks before his death yesterday.

Mabena died of cardiac arrest at the age of 51, sending a massive shockwave through SA’s entertainment industry and fans who have followed his 31-year career in showbiz.

Volume 1 two weeks ago to commemorate his birthday.

Invitations for the launch party that was planned to take place in the next two weeks were meant to be sent out this week.

According to marketing manager Caroline Morabe at Gallo Record Company, Mabena wanted to invite 30 to 40 of his closest industry friends and colleagues to honour the moment. The event was going to broadcast on Zoom for 45 minutes to the public.

Morabe added that they kept pushing back the launch since the album dropped digitally because they were waiting for physical copies to arrive – that happened last Tuesday.

“Our last conversation was that ‘don’t forget to send the list of names’ and he said he was still compiling it. It was going to be an intimate conversation about his career in music and what led him to this album,” Morabe recalled.

The 12-track album featured nostalgic tunes such as Sing It Back.

“It was a compilation of old house school music – some of the greatest house tracks,” Morabe said.

“He was a lover of old school music and it was a way of him commemorating those big hits. There was an element of celebrating were house music came from with the album. He was paying homage to a sound that made him a household name.”

Two weeks ago, Mabena said about the album: “Each track is guaranteed to evoke fantastic memories of the early freedom years and the liberation of South Africa’s airwaves that saw the likes of household house music DJs such as DJ Fresh, DJ Monde, DJ Iggy Smalls dominate the house music genre in South Africa.”

Mabena, who made his name at Radio Bop in 1992, also worked on radio stations such as Metro FM, Kaya FM and Highveld Stereo. He was currently hosting the breakfast show on Power FM.

He took SA by storm as the host of popular Studio Mix with Melanie Son (now Bala).

Mabena was the programmes manager for the MSG Group which includes Capricorn FM in Polokwane.

“It is with deep grief and pain that we announce that POWER 98.7 Breakfast host, Mr Bob Mabena, passed away this afternoon, Monday 10 August 2020, from cardiac arrest,” the statement from Power FM read.

“The family is coming to terms with his passing and respectfully requests the public to afford them the appropriate space. Further details will be communicated in due course.”

Doctor Khumalo, who teamed up with Mabena for their 1990s hit song Get Funky, was at pains yesterday to comprehend the sad news that his bosom friend was no more.

“Eish, my broer, it is true that Bob is gone,” he said drawing a deep breath of intense sorrow.

“Radio will never be the same. You know broer, I still refuse to believe Bob is no more.”

Kaizer Chiefs manager Bobby Motaung, a friend of Mabena’s, said: “Condolences to his family and children. Bob was a true brother and great man with great integrity.”