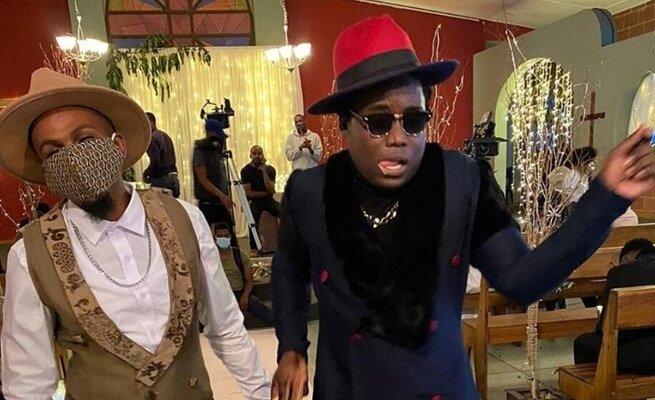 Uzalo fans were heartbroken as the Khanyile Brothers left the show on Thursday.

Godfather and Thulani, played by Sizwe Khumbuza and Thulane Shange, respectively have brought drama to the SABC1 soapie.

The brothers were Khathaza's (Sibonile Ngubane) sons and had come to avenge their father's death and get his riches back.

Nkunzi, played by Masoja Msiza, shot and buried them alive. Like that, their journey on "Uzalo" was over.

Their fans said their goodbyes on Twitter and appreciated the two actors.

Thulane and God father Appreciation Post
They great actors and killed their roles
The talent in them #Uzalo pic.twitter.com/FtmUK45khM

I really like These two. We will miss them on the show. Let's wish them well with their acting carrier🔥#Uzalo pic.twitter.com/mW7EvaSddq

Appreciation tweet for his talent, Rest in peace #Uzalo pic.twitter.com/9G54YftCua