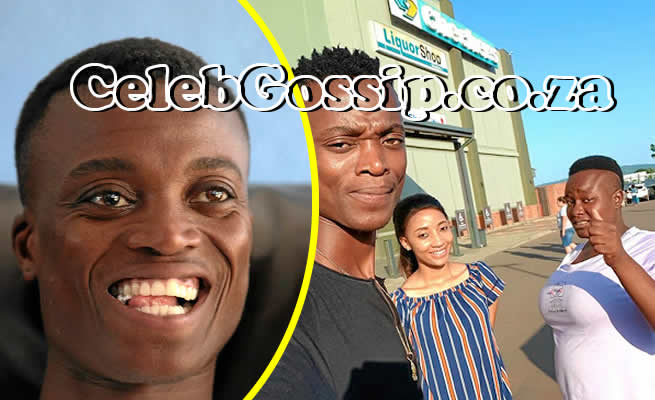 King Monada of Idibala fame has apologised to his wife’s friend, Maite, for undressing her with insults last week. Monada subjected Maite to a litany of insults, calling her a bitch and lekgosha (whore), among others.

As if that was not enough, Monada even composed an EP of more profanities about Maite and her mother’s private parts. Speaking to Sunday World, the Oskabora Moreki hitmaker said he regretted his actions and extended an olive branch to Maite.

“I was angry and in a fit of anger I hurled horrible insults at her. I apologise to her, my fans and South Africans for my conduct. I should have known better, I’m sorry,” he said.

“I saw a message from Maite encouraging my wife to use my fame to make money for her. She was recruiting her to join her stokvel and wanted to use my social media platforms to recruit as many people as possible so she can make a lot of money. “When my wife did not reply, she encouraged her to leave me and said I’m abusing her,” said King Monada.

The sheepish Monada said although he felt disrespected by Maite, he should not have insulted her. “In a country where gender-based violence (GBV) is rife, my actions were regrettable and I apologise,” he said.

Sunday World has seen Maite’s WhatsApp message sent to Lerato in which she is encouraging her to end the abusive relationship with the hitmaker and go back to school to build a brighter future for herself.

“I will tell you one thing and I will not say it again, this is about your man xam, it’s not healthy my friend, you are just being played. “No man who loves his gf [girlfriend] or wife would disconnect them from speaking to people, I’m worried about you, Lerato. You are not happy and I doubt you will ever be.

“U gave Khutso all the power to play over your head, over and over again. You have allowed him to make [you] a laughing stock out there, and still has [the] power to control your life. “Wake up and take control of your life. Having two kids doesn’t make you less important,” reads the WhatsApp. The message further reads: “U are still beautiful to let a man plays [sic] you like that, he does how he want [sic], but want [sic] to control u. Remember, if you are not happy now, u will never be.

“It will be worse. Stand up for yourself, do something, go back to school. Little did she know that she was stepping on the toes of Monada, who subjected her to a barrage of profanities “B***h, Lerato has everything, money, house and a car and guess what, [you only have an anus]”, reads one of Monada’s messages after he told Maite that her advice to his wife is “sh**t”.