The couple can be seen in what looks like a hotel room, however, their faces are not visible in the video. A male involved appears to be filming from a mirror.

This follows on speculation earlier this week, where Malusi Gigaba is said to be back with his long time side chick, Buhle Mkhize.

Buhle is now rumored to be pregnant with twins by Gigaba.

Here are some of the tweets on the video:

I have the sex tape/video that Noma is threatening Malusi Gigaba with. 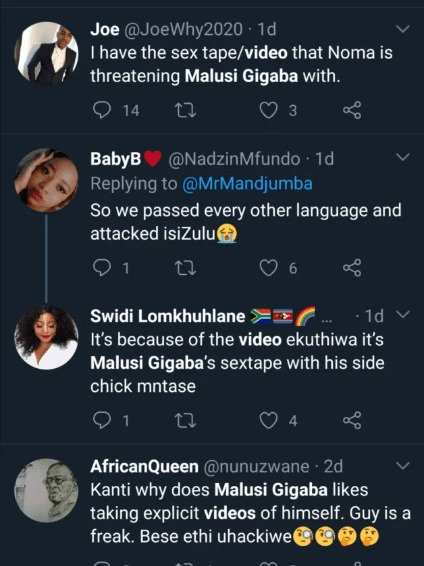