Home Celeb Gossip Makhadzi speaks on marriage and how she keeps her bae Master KG... 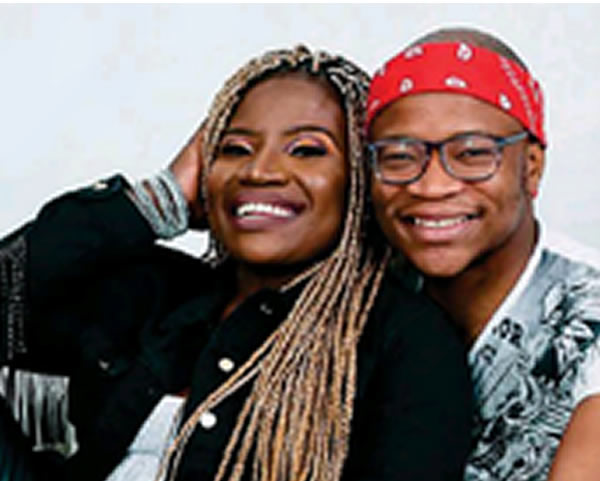 She’s firmly secured herself as Limpopo’s queen of dance music. Makhadzi, real name Ndivhudzannyi Ralivhona, hasn’t let the grass grow under her feet, even during lockdown. The Muya Wanga singer just turned 24 and is grateful for her health and booming career.

“I knew I would one day make it, but I didn’t think it would come so soon. I am happy to be healthy and alive, especially during this coronavirus pandemic,” she says.

Makhadzi is currently working on her 16-track album, Kokoba, but she’s unsure of the release date.

“Kokoba means to dance in Tshivenda. After lockdown, I want people to kokoba hard.”

The record features the likes of Mampintsha and Just Flavour, who she has been a fan of for over 15 years. She will also feature on an upcoming song by DJ Zinhle.

“I can’t wait to work with DJ Zinhle. I love collaborating with different people,” she says.

She’s been dating KG Kgaogelo Moagi (24), better known as Master KG for some time. Asked when they met, they both seem unsure of the year.

“We had known about each other for a while. I had my song Tshand a Vhuya at the time, but I was more popular in the streets than radio,” Makhadzi says.

He had his single, Skeleton Move featuring Zanda Zakuza, playing on almost every radio station and Makhadzi was eager to work with him.

“I was in the studio when she came through,” he says. “She asked that we collaborate on a song and I agreed because I liked her sound. The more time we spent together, the more I fell in love with her,” he says.

“I did not think we would end up dating,” Makhadzi adds.

Since then, Makhadzi and Master KG made seven songs together. And in the process, a romance bloomed. “We decided to make our relationship official in 2016,” she says.

“I just fell in love with her originality and authenticity. No matter how many fans she has, or how big she becomes, she always remembers where she comes from. She is a highly motivated person and she is full of respect,” Master KG says.

“I love the dedication Makhadzi has for her craft,” he adds. “She is always motivated. She is always on time and never misses a day of creating in the studio. That encourages me a lot.”

Makhadzi has just as much adoration and respect for her man. She says she loves how committed he is to his career and life in general. “He makes time for the relationship and time for his music. And he is very professional and family-oriented,” she says.

The two want to build a musical empire. “But we are not rushing to get married and build a family,” she says.

“Whatever happens, it will be God’s time,” he says. “We first want to build our dream as individual artists and then work as a partnership.”

“The song says to women, ‘Be sweet to your man and he will stick around. Take care of him and your relationship will flourish’.”

Which is exactly what Makhadzi is doing for her partner. “I give him sugar everywhere,” she says with a laugh.

She keeps her man happy by cooking his favourite meal – rice and chicken.

She hasn’t yet introduced him to her family and is in no rush to do so.

“We are African. You don’t just take a guy home to meet your parents,” she says. “When the time is right, they will meet.”