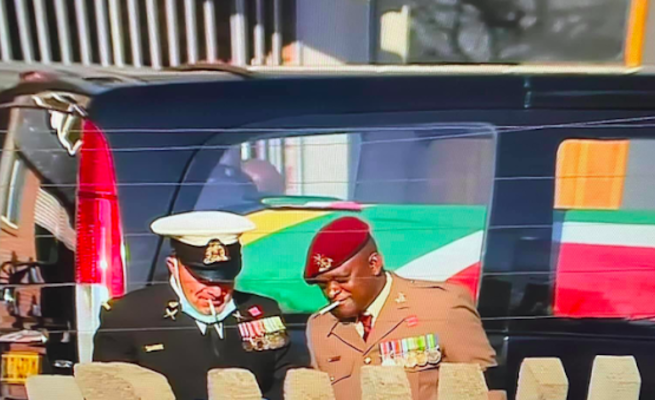 Videos of three military officers caught enjoying a smoke break during the funeral of anti-apartheid veteran Andrew Mlangeni have caused a buzz on social media.

The officers were caught on camera by Newzroom Afrika smoking on Wednesday with their face masks down, lighting their cigarettes while standing close together.

Video clips and photos of the officials circulated on Twitter and left many, including the Fair-Trade Independent Tobacco Association's (Fita) chairperson Sinenhlanhla Mnguni and the SA Tobacco Transformation Alliance (SATTA), demanding answers.

Under the lockdown, the sale of tobacco products was banned four months ago.

It is unclear whether the SANDF members were smoking cigarettes that were purchased before the ban or if they even had receipts for them, as stipulated by police minister Bheki Cele.

In May, Cele said people carrying cigarettes would have to produce receipts for them.

Considering the #tobaccoban on legal tobacco products that is destroying thousands of jobs, and harming millions of consumers… how did these officers get cigarrettes? #LiftTheBanSA #saveourjobs @LIFTTHEBAN_SA pic.twitter.com/Ren4PZZ44b

At the time of writing this article, the SANDF had not issued a statement regarding the incident.