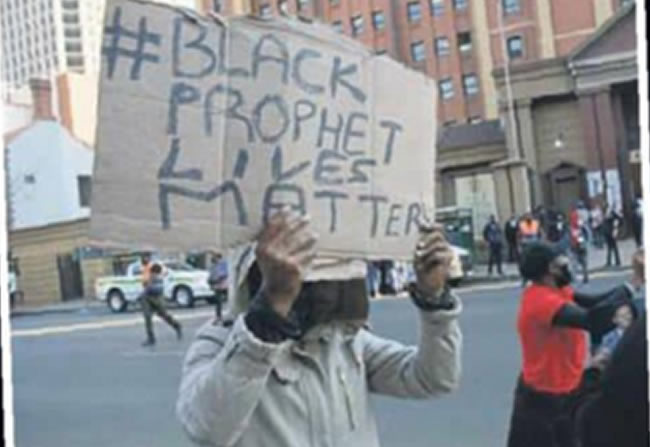 Self proclaimed Prophet Shepherd Bushiri was breathing fire yesterday after the North Gauteng High Court postponed his trial to October.

The controversial ECG church leader appeared alongside his wife Mary.

The prosecutor said witnesses failed to show up because they feared catching corona.

This didn't go well with Bushiri. On his facebook page he said he, his wife and lawyers attended court at a huge risk to their health.

Bushiri asked how the virus could be dangerous to witnesses, but not him and his wife.

"Our lawyers indeed gave a detailed history and opposed the postponement," the famous Prophet said.

"At the time of our arrest the state claimed it had evidence to go to trial.
"But at each court appearance they have asked for more time."

The couple is facing charges of fraud,money laundering and being in breach of Prevention of Organized Crime Act for offenses allegedly committed in 2015.

Meanwhile, Bushiri supporters came out in their numbers. "We aren't scared.We will be healed by the God of our Prophet, supporter Marcus Maluleke said.