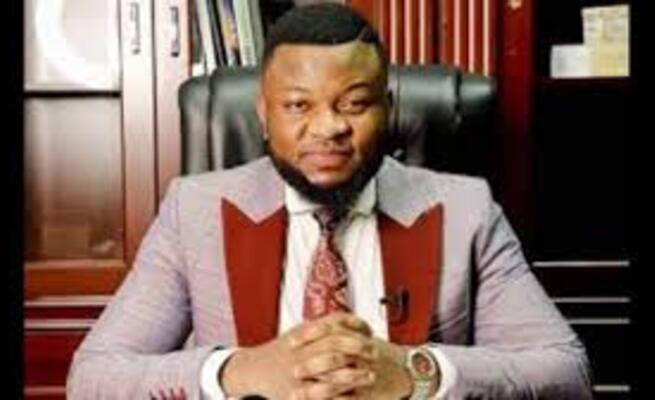 A charge of intimidation has brought down a 3000 member church in the Eastern Cape.

A self-confessed fake Prophet Jay Israel was exposed for duping his congregations with fake miracles, while leading a flamboyant lifestyle, chopping and changing girlfriends.

From advising his congregation to call him and his girlfriend Kim and Kanye, because they always donned matching designer outfits, paying of unknown actors and actresses from Joburg to pose as sick people, Zimbabwean born Prophet Jay Israel has been exposed as a fraud, who had terrorized East London for his material gain by his former Public Relations Advisor Thabisa Ralawe.

All these details are contained in Ralawe’s police statement, deposed with the Kings Williams Town police, for a charge of intimidation, in which she says the Prophet has threatened to kill her for exposing him.

According to the statement, not only was Prophet Jay Israel, as he was known to his 3000 strong church members, lied about his true identity, as he had given himself a new name upon arriving in South Africa four years ago.

His Passport, a copy of which was also handed to the police for investigations showed that his real name was Jacob Dube, not Jay Israel as he was claiming to be.

Ralawe, according to her statement seen by Sunday World, had detailed several incidents which she said opened her eyes leading to her decision to expose the Prophet’s shenanigans to his congregations as a fake.

Eastern Cape Police Spokesperson Khaya Tonjeni confirmed that a case of intimidation was opened against Jay Israel on 19 May 2019, but he said no arrest has been made because the Prophet was on the run. “The investigations continue,” he said.

But she said what looked like a normal church after few months of membership, later turned into a whole new and different church, with daily and weekly miracles, surprisingly featuring some locals and new people, mostly actors who had been brought to church by him.

According to her statement, she said her fears were confirmed after she was refused details and pictures of Jay Israel’s miracle beneficiaries to do her PR work, especially after he had claimed to his congregation that he had blinded a thief who had robbed and stole his church visitor’s handbag.

She said Jay Israel had claimed that God had shown him that the thug was at a local pub and was about to indulge in some beer and was intending to sell the bag.

But she said he told them, the man would come to church blind and ask for forgiveness.

She said everything happened as he foretold, but shockingly, the man just disappeared and she later found that he was an actor and he was paid by Israel to fake the robbery.

She also said she later found that the female visitor, whose bag was stolen, was also an actress from Joburg.

However, what she says fully convinced her was one encounter at church where one of the local women had claimed that she was being bewitched by her grandmother.

According to her statement, she said Israel told the congregation he was going to spiritually strangle and kill the gogo.

“The lady and some members of the congregation later went to the granny’s house to confirm that indeed Prophet Israel had killed her as he claimed. Shockingly when they arrived, they found paramedics and pathology people trying to remove her body from the house, and the next thing the body disappeared,” she said.

She said he was also caught by one of the local newspaper faking a miracle after he claimed to have healed a wheelchair-bound visitor. “The local journalist saw him and the people he claimed to have healed somewhere in town before they came to church. Those people were walking perfectly, and they were shocked to see them faking to be crippled and wheelchair-bound,” she said in her statement.

In the same statement, Ralawe accused Prophet Jay Israel of conning his own congregation stating that he charged them R4000 for a pool prayer, and R2000 for a soul winning seminar.

She said he was also chopping and changing female “yellow bone” students, who are members of the church promising them marriage.

She said out of eight women, he dated, he only engaged one and later dumped her.

However, she said there was one particular girlfriend, who had shocked the whole church, and Prophet Israel had forced the congregation to call them Kim and Kanye.

But she said her nightmare began when she started posting evidence about Israel’s shenanigans and his congregations dwindled from 3000 members to 20 that he sent her threatening messages telling her that he was going to kill her.

She said he even employed people to bully her on social media creating Facebook pages where they would insult her and even put pictures of her son saying they are busy polishing their guns and they were going to finish him.

She said the Prophet also got people to follow her around, and her car tyres were slashed twice while she was at work.

Prophet Israel has since confessed that he was a fake Prophet and that he had indeed threatened to kill Ralawe for exposing him.

He apologized for his behavior and said he has since repented and was no longer the same person anymore.

In his confession, in a show presented by a fellow Pastor Solomon Izang Ashoms, Prophet Israel confirmed that he dated many women while leading his church in East London but he said none of them were raped but had consented to sex as they were in a relationship with him.

He also confessed to faking miracles and that he paid some actors to help him dupe his congregation that he was a true man of God and a Prophet.

Prophet Israel also confirmed the same information in another live video with Ralawe in which he apologized to her saying that everything she posted about him when exposing him as a false prophet was indeed true and accurate.

But Ralawe said she doesn’t believe that he has really repented, saying that Prophet Israel still has not come to her face to face to apologize for what he has subjected her to.

“If indeed he has repented, he must bring back the money that he scammed his congregation including those who paid him R4000 and R2000 to attend his controversial seminars like Pool Prayer and Mountain Top Prayer. He has not done so and he ran away,” she said.

She said he must also apologize to all yellow bone women that he slept with by promising them marriage while he knew he was paying them.

Ralawe told Sunday World that she was shocked that the police still have not arrested the Prophet despite his confessions that he threatened to kill her and that he had also hired people to bully her on social media and to slash her tyres.

“They allowed him to leave East London, and now I’m told he is in Durban and is trying to set up another church there,” she said.