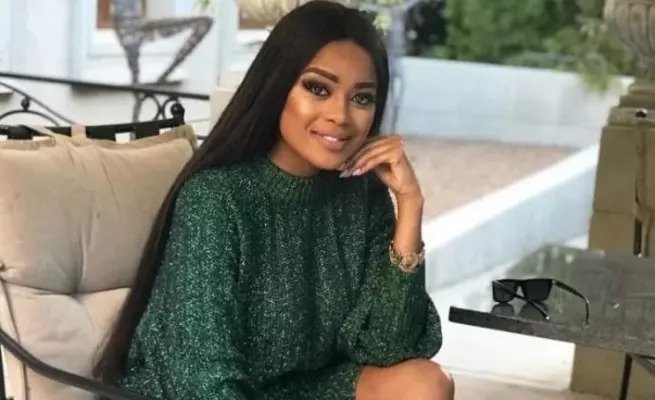 The star walked out of her bedroom, where she was broadcasting her Metro FM show from, to find her house covered in balloons and flowers with a marriage proposal waiting for her at the bottom of the stairs. 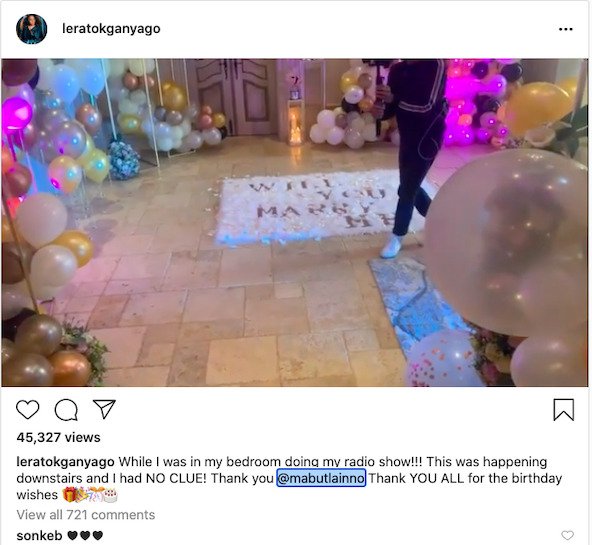 Just months after announcing her split from Thami Ndala, following a brief two-month-long marriage, Metro FM DJ Lerato Kganyago will be headed down the aisle once again.

The star shared the news with her 2.2 million Instagram followers on Wednesday morning after being met with the surprise when she wrapped up the Wednesday edition of her radio show.

“While I was in my bedroom doing my radio show!!! This was happening downstairs and I had NO CLUE! Thank you @mabutlainno Thank YOU ALL for the birthday wishes,” wrote Kganyago in her caption. 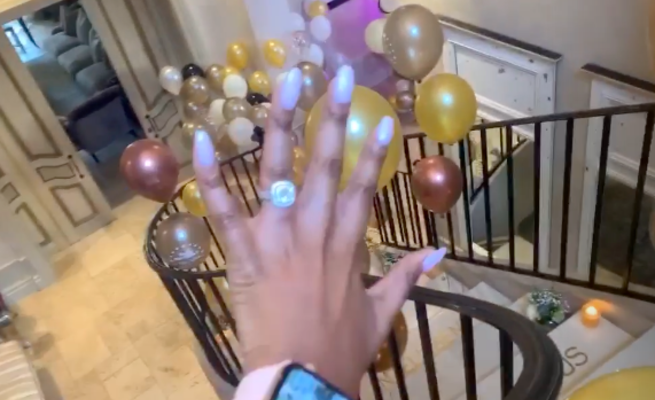 Back in May, Kganyago set the rumour mill on fire after an exchange with a Twitter user in which she said she had moved out of the new residential area she had moved into.

“Has he left his house @leratokganyago?” asked user @Vuyo_Unchained, in reference to President Cyril Ramaphosa, who is said to live nearby Kganyago’s marital home.

“I don’t know, I’ve since moved out!” replied Kganyago.

She then took to Instagram to confirm her split from Ndala in a joint statement.

“It is with sadness that we announce that Thami and I have decided to go our separate ways. We have come to realise that our different priorities and workloads have not afforded us the time to invest in our relationship. We will continue to care deeply for each other, and look forward to growing our friendship. We have nothing more to say on this subject and hope that our privacy will be respected during this difficult time.”

Days thereafter, Sunday Sun published a report alleging the pair had gotten back together.

The publication cited the fact that they were spotted together in Hyde park driving around in Ndala’s Bentley which features personalised number plates and the fact that Kganyago was spotted arriving at work in another one of Ndala’s luxury vehicles.

During this time, the star indirectly addressed the reports via her Instagram story, dismissing the allegations as mere gossip.