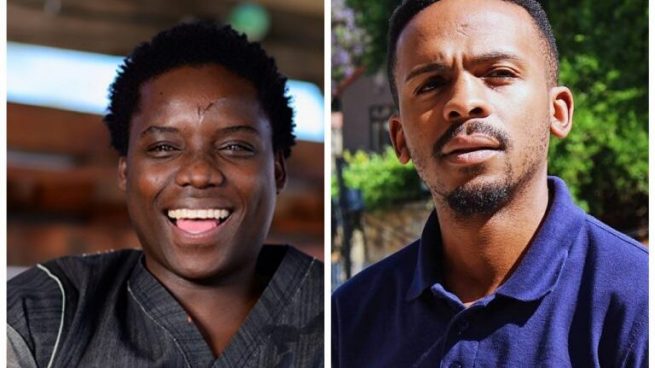 For a while there have been rumors swirling, stating that a couple of actors on SA’s favorite soapie Uzalo were about to axed.

Last week they were were claims that Dawn Thandeka King and Siyabonga Shibe were set to be fired from the series after they complained about low salaries.

However the two denied the rumors.

Now it has emerged that Thulani Shange and Sizwe Khumbuza have allegedly been fired from the show.

When called for comment, Thulane confirmed the breaking news.

"Im currently jobless and looking for work. Be that it may, I didn't leave on bad terms.'Its just that my stiryline came to an end and yes my last shoot was indeed two weeks ago."

"My contract was originally set to expire in October, but the lockdown period affected the telenovela's plot, Life is hard, but i keep myself busy by helping musician and gqom star, Mampintsha with his music videos."

The two play brothers on the show, who are keen on avenging their father’s death Khathaza Khanyile, played by Sibonile Ngubane.

Sibonile Ngubane was also fired from Uzalo back then and he went back to Isibaya.

According to reports Thulani Shange and Sizwe Khumbuza have departed from Uzalo and have not shot any new scenes to date.

However they are still set to appear in a few episodes which were shot already.

The actors reportedly had a falling out with the Uzalo production team over an undisclosed issue.