The video was shot at an undisclosed location and features SK Khoza flanked by three  naked women . Soon after the video started trending on Twitter, many people shared their disappointment and disbelief in SK Khoza. 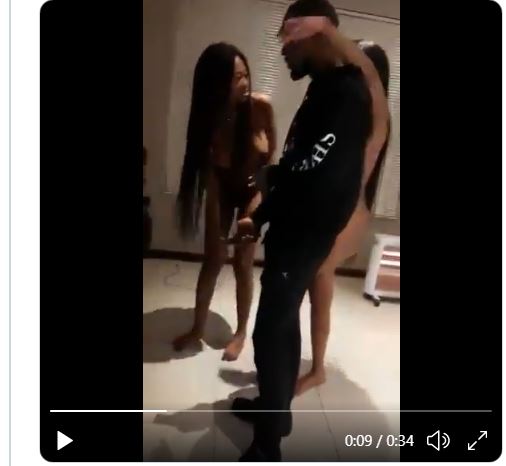 SK Khoza’s character on the Queen is infamous for being a womanizer and tweeps are starting to think that persona is spilling into his real life.

He is seen singing as he tries to get the TV to work while the women have their hands all over him. He was also identified by the hoodie he was wearing in the video which is also on his Instagram account.

You may hype Shaka but if those ladies find out that the video is trending they'll come up with a scandal that they were drugged, abused and raped just wait and see. IT WILL END IN TEARS. pic.twitter.com/u5m7b4DWGB

To add to the mix the naked ladies say they were allegedly drugged by the guy that was hosting the party, Sandile Mtshali.

Within a few moments of the tape going viral, one of the ladies in the video came forward and claimed they were drugged and did not know what was happening in the video. The lady narrated the events that led to the SK Khoza video and how they hardly remember anything after the incident.