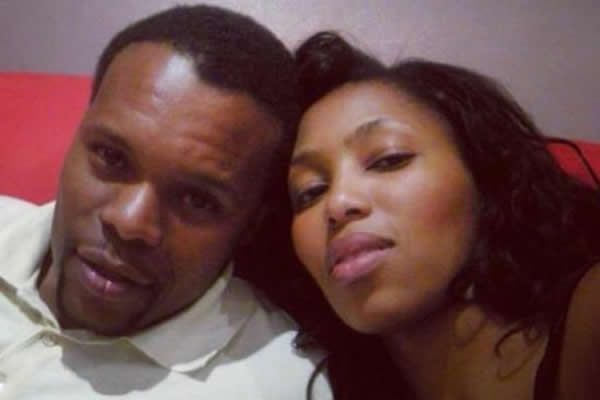 He can still remember the day clearly. It seemed like a scene from one of his many TV roles, the accused waiting anxiously in the dock while the judge delivered the sentence.

Dressed in black to mourn the death of his marriage and in burgundy for strength, he vowed to live his life to the full again. And actor Tumisho Masha was given that chance when the magistrates court in Randburg found him not guilty of assaulting his estranged wife, Zozibini Mtongana (34).

With that verdict, two years of upheaval came to a halt – and now Tumisho (42) wants to put the battle behind him and get on with his life. In fact, he’s even thinking about getting married again, he tells DRUM in an exclusive interview.

The former Top Billing presenter and The Wild star made headlines when news broke two years ago that he had allegedly assaulted his wife and mother of their (then) one-year-old daughter.

The case dragged on with Zozibini dropping and reinstating the charges over the two years – and Tumisho was philosophical when he finally stood before the magistrate on judgment day.

“I really didn’t care what the outcome would be, whether I would be found guilty or not guilty – I was just relieved this whole thing was going to be over. There would be no more going back to court. This was it.”

Yet the actor was overjoyed when the magistrate announced he was acquitted and free to go. Now he hopes he and Zozibini will be able to find a way forward for their child’s sake.

“I know Zozi and I will be great parents to our daughter and hopefully, if we can’t be friends, we’ll get along enough to raise this child and raise her well,” he says. “Zozi is a good person – she’s a good mother, a good friend, a good daughter, a good cousin, a good leader at work. No person is any one thing and noone has the right to condemn them.”

IN THE beginning Tumisho and Zozibini’s relationship was the stuff fairytales are made of. He was one of SA’s most recognisable stars, she worked in banking and they seemed to have it all – glamour, success, dozens of friends and throngs of fans. They married in 2010 and often appeared at red carpet events looking loved-up and blissfully happy.

But even then there were signs that things might not work out, Tumisho tells us.

“There were some unresolved issues, especially around trust. She had some insecurities and I don’t know if I made things better or worse as a husband . . . but I guess she really felt she couldn’t trust me.”

The trouble mostly revolved around his job, he adds. “It was like every time I acted in a role where I was the romantic lead and there was going to be someone else, it caused trouble, you know?”

He admits he wasn’t blameless – and he “ended up proving her right” by being unfaithful, something he regrets.

“I got to a point where I just felt like, if I’m not gonna be trusted, why be trustworthy then? That was a big mistake on my part. I started to mess around a bit and it really didn’t help the relationship.”

Things got so bad he even considered giving up acting to save his marriage, he says. There were countless family meetings to try to resolve their issues and when their daughter was born in 2015 he hoped it would be the start of a new chapter. Instead, things got worse. “Though we had this amazing daughter, everything else wasn’t working.”

THINGS came to a head in July 2016. Tumisho and Zozibini were discussing their issues “when all hell broke loose”. Zozibini started recording their argument, which formed part of the evidence in the assault court case.

“The recording is hectic and I’m not proud of it at all,” Tumisho admits. “At some point in the whole thing, I smashed her phone.”

The police were called to the couple’s upmarket home in Dainfern, northern Johannesburg, and served a protection order against him. He packed a bag and was escorted off the property.

In the days that followed his name was splashed across headlines and Zozibini took to Instagram to detail her side of the story.

“I was in a relationship, a marriage where I entertained abuse at all levels,” she wrote. “I accepted a husband that would break me down in front of my baby, my family, his family, his friends and in public.

“I stayed with someone who would tell me in front of our baby girl that he was my biggest achievement in life and that no one can protect me from him. Someone who would shove me while I held our baby and drag me by my hair while she tried to hold on to my leg.”

Zozibini opened a case of assault against Tumisho but later dropped it after the couple agreed to mediation and he compensated her for the damage to her cellphone.

But it wasn’t long before they were at odds again. In October last year Zozibini reinstated the charges on grounds of feeling threatened by her estranged husband who, she alleged, was stalking her. And things snowballed from there.

In December 2017 he went to fetch his daughter from Zozibini’s place when she was out and texted her that he’d return the child three days later as they would be attending a wedding in Polokwane. Zozibini went to court and applied for an emergency order against Tumisho, who was then arrested for alleged kidnapping and being in contempt of court.

“I had a colonel calling me from the Johannesburg hostage negotiations department, negotiating with me as if I had a hostage.

Instead of going back to the wedding, he spent 13 hours in a holding cell before being released.

In the months that followed Tumisho was also accused of abusing drugs and had to take regular tests to prove he was clean.

Now that his name has been cleared he’s trying to put the bitter past behind him, he says. He’s in a relationship with Chantal Wagner (34), who works for the Limpopo government, and is hoping to marry her one day.

“I feel really thankful for her because she’s had to take a lot of drama,” he says.

“I’m also grateful to her family for loving me so much. I’d like them to be my family and I’d like to honour them one day by committing to Chantal through marriage.

“Meeting someone who totally believes in you changes you for the better, I think.”