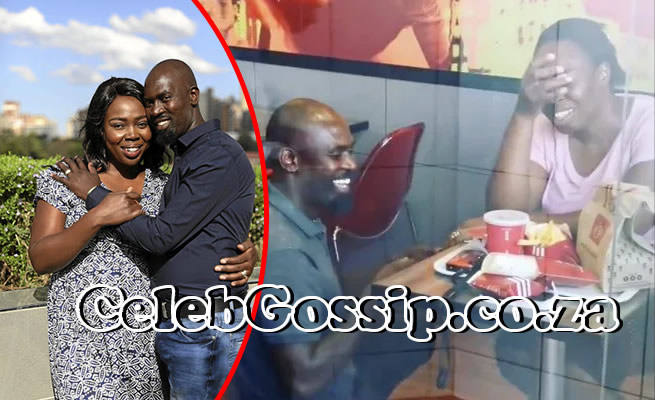 Nonhlanhla Soldaat and Hector Mkansi touched the hearts of many South Africans when they got engaged at the popular fast-food restaurant last year.

They received hundreds of pledges that ultimately led to them having their dream wedding.

The couple, who tied the knot on New Year's Eve, stole the hearts of the people when a video of Hector's proposal at the Evaton KFC in Vereeniging went viral.

But the couple Nonhlanhla and Hector Mkansi have come out to smash the rumours and  said  their love is stronger than ever.

Hector said they got a call from a relative, who asked them about their divorce.

"We were shocked and confused. My wife showed me a post on social media of people talking about it."

He said he wasn't worried at all.

Nonhlanhla said they were looking forward to their honeymoon in New York, which was put on hold because of the coronavirus.

We've always known that not everyone will be happy for us, but we're going strong."

THE KFC couple have not split up and are together and more in love than ever before!