Ever since the legendary actress, Mary Twala took her last breath, social media has been awash with her paintings and drawings from different artists across Mzansi. Without any doubt, judging from the paintings, one can easily tell South Africa is talented, However, one of the paintings of the late Mary Twala took the attention of the onscreen character and the son to the deceased, Somizi Mhlongo, and he decided to track down the artist who made one of the paintings.

The Idols judge bumped into the painting of his mother on Twitter and he immediately tasked the artist to actually make a portrait of his parent on his denim jacket instead. 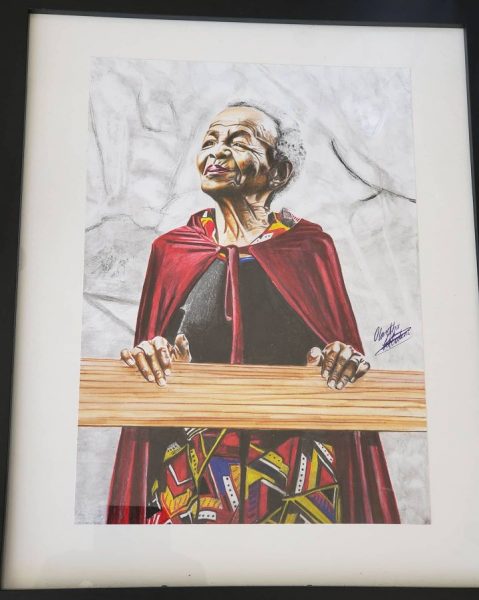 The television personality indicated that he had planned to wear the jacket at his mother’s funeral but it did not materialise of time. 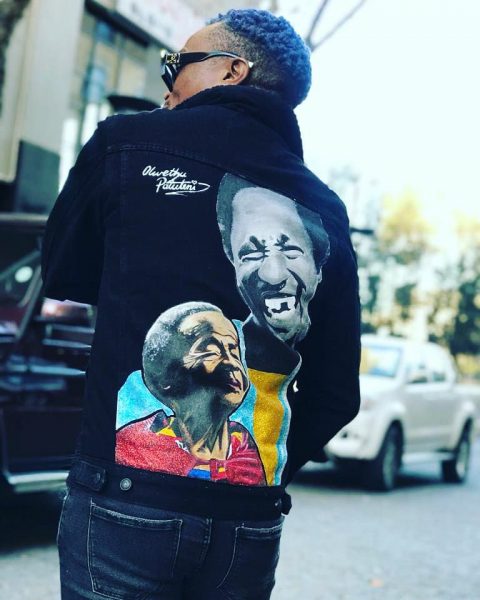 Mhlongo took it to Instagram to give a vote of thanks to the young man and said that he also paid him for his wonderful job.