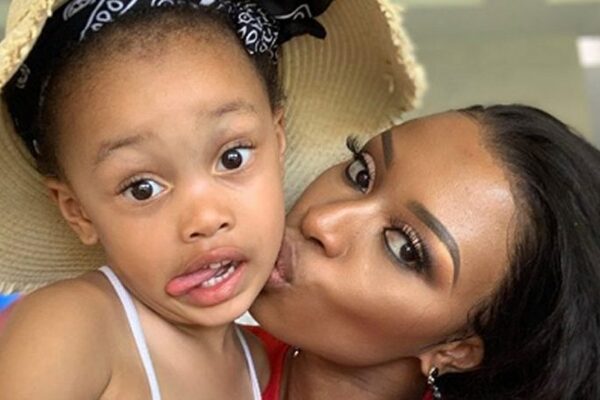 DJ ZInhle has spoken about her fears surrounding the coronavirus and making a living when live performances cannot take place
speaking to The Citizen she said:

“I’m super paranoid, I won’t even lie. I’m super scared and my worst fear is just giving it to my child who has been in the house the whole time, she has not gone anywhere. As much as we’ve tried to inform her about what’s going on, she’s a kid, she doesn’t really understand what’s going on,” said Zinhle.

“My worst fear as a mom is just giving it to her. That’s why literally, I’m back at level five in my house. There’s hardly any movements. Packages get left in the garage and then sanitised. I’m super paranoid. If someone has to come to my house, they have to wear an overall, shoe covers, a mask… we sanitise the hell out of them,” she added.


This comes after the father of her child, rapper Kiernan ‘AKA’ Forbes announced he tested positive for Covid-19. In the same week that his daughter celebrated her 5th birthday at her mother’s home.

She however did not comment on AKA’s announcement, she stated:

“It’s really a scary time for me because we don’t know where this thing is or how it could get to us so my job really is to just protect my child and that’s hard.”

DJ Zinhle will be taking her own online stream series national thanks to a new partnership with MTV.

“It’s been crazy. It’s been different, totally different. It’s been slow… And you just have to find new ways of staying on top of your game, of staying relevant and earning and income because literally everything is just shutdown.”