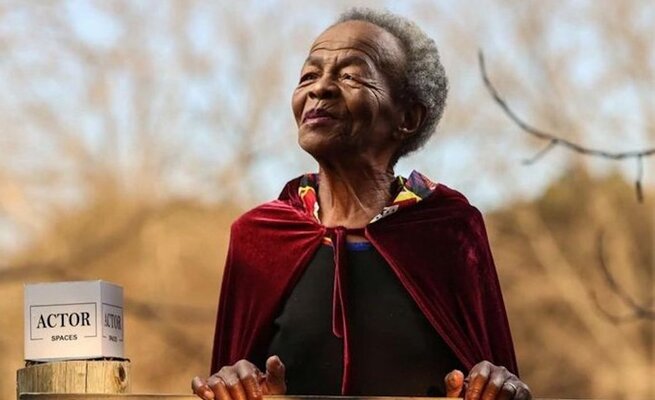 Mary Twala's granddaughter and family spokesperson Phumzile Twala has recounted her grandmother's last few moment, saying her family had hoped that the veteran actress would make a full recovery and are “shattered” at her passing.

Mary died on Saturday morning at Netcare Park Lane Hospital in Johannesburg at the age of 80.

Speaking to TshisaLIVE, Phumzile said Mary had been in and out of hospital for several months and struggled with diabetes.


She said Somizi and her brother were on their way to the hospital to visit Mary and bring her things when they got a call from the doctors telling them to hurry because the star's health was deteriorating rapidly.

Sadly, they got there just a little too late.

Despite her constant trips in and out of hospital, the family was hopeful Mary would make a full recovery. Just hours before her passing she was in good spirits and seemed to be on the mend.

“You know that she is old but she was so strong. She had pulled through so many times before that we thought she might be strong enough again.

“I was taking care of her. A day before her passing she was her old self. Doctors said she was up and jolly just 30 minutes before her passing. The doctor told her Somizi was on the way and she was so happy. All of a sudden she slipped away.”

She said that Somizi and the family were “not OK” and struggling to cope with the news of Mary's death.

'They are shattered. We, as a family are still in the grieving stage and everyone has their moments where they break down.”

A memorial for Mary is expected to take place this week but details are yet to be confirmed.

People can send messages of tribute or condolences to the family, via text or WhatsApp, to 082 997 3451.