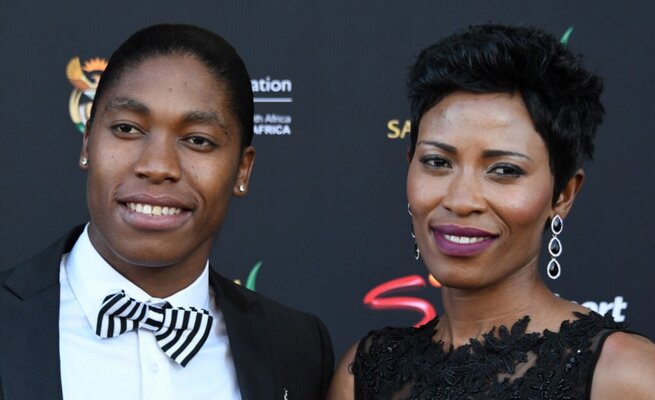 The talented controversial would be “male Semenya” has been on the spotlight over the years following her battle of gender. Despite her setbacks, up to this day, Mzansi still can’t stop talking about Caster Semenya who first made headlines after she was suspected of being a man as she eventually won an 800 meters race at the Berlin World Athletics back then in 2009.
Caster Semenya's Heavily Pregnant Wife Share Pictures

Contention has been on her back ever since she began sporting, with many asking themselves whether she was a male or female. In spite of the fact that she attempts by all way to carry on with an underground way of life, the extraordinary competitor ordinarily winds up in a tight spot as naysayers can’t quit zooming her way of life.

However, her wife, Ledile Violet is heavily pregnant and the couple is expecting a bun from the oven soon.

Caster shared a picture on Instagram of her feet and child shoes situated in the middle of her which made us wonder if this could be her tip of providing us some insight.