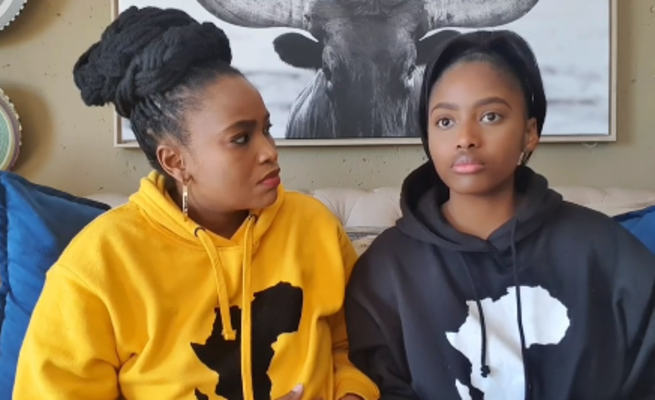 Isibaya actress Ayanda Borotho and her daughter, Ayaphiwa Ngubane, have once again cast the spotlight on gender-based violence, recounting the harassment they have received at the hands of men.

Speaking in the latest episode of their Conversations With Our Daughters series, the pair said they had grown up being “catcalled” daily that they thought it was normal behaviour.

Ayaphiwa is set to start varsity next year and admitted that she was more concerned about her safety on campus than her results. She also recounted the time she ate grass to pretend she was mentally ill, to avoid the advances of a man.

“I will never forget. I was walking back to my grans house and this guy had followed me there and back, basically demanding my name and number … I didn’t feel safe. There was a veld in front of me with straw grass.

“So, I remember going there and eating. I took a big nice chunk and ate it, and acted crazy so this guy would go away. That is what ended up happening, he left me alone.”

She said it was sad that women had to pretend to be mentally ill or change their behaviour around others, just to protect themselves.

They encouraged women to report men, including your partner, if they forced themselves on you.

Ayanda has spoken before on “toxic” relationships and said that when you live in the “darkness” it soon starts to look like light.