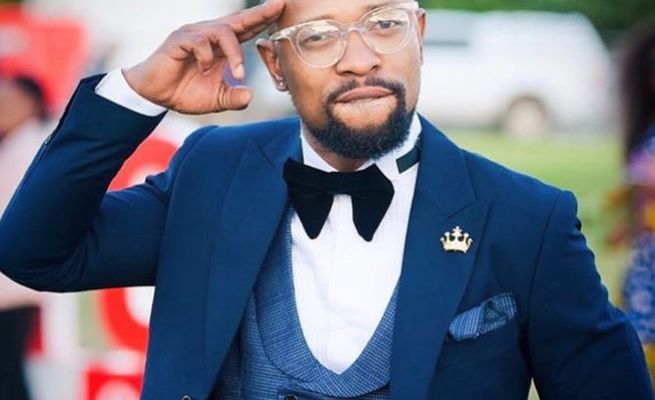 The Queen’s Shaka doesn’t seem to only get away and defy death!! The tough guy who recently resurrected on The Queen was arrested for beating up a traffic officer. SK Khoza’s arrest came after a traffic officer stopped him for violating traffic rules and was writing him a ticket.

SK Khoza seems to be a tough guy both on and off the screen. Information reaching our desk suggest that SK Khoza recently got himself into some deep trouble after beating up a police officer in real life.

According to informants, KZN man in blue, an officer Zondo, got moered for attempting to write a traffic violation ticket for the star, who plays Shaka in the Mzansi Magic telenovela.


This after SK Khoza was flagged in Ulundi, north of KZN, for alleged reckless driving. When called for comment, officer Zondo declined to comment on the incident “because it happened while I was on duty”. He referred inquiries to the police.

Commented an informant: “The cop tried to give him a ticket for breaking the law and instead got beaten up.”

A case of common assault was then opened against SK Khoza at Ulundi Police Station in September and SK was kept in police holding cells. But he got off the hook when the case was withdrawn in court.

According to KZN police spokeswoman Colonel Thembeka Mbele, SK got into an argument with the officer before allegedly assaulting the man in blue on 21 September. Said Mbele: “The complainant alleged that on 21 September 2019 at 3pm, he was performing his duties as a traffic officer when he was assaulted by a known suspect. A case of common assault was opened at Ulundi Police Station for investigation.”