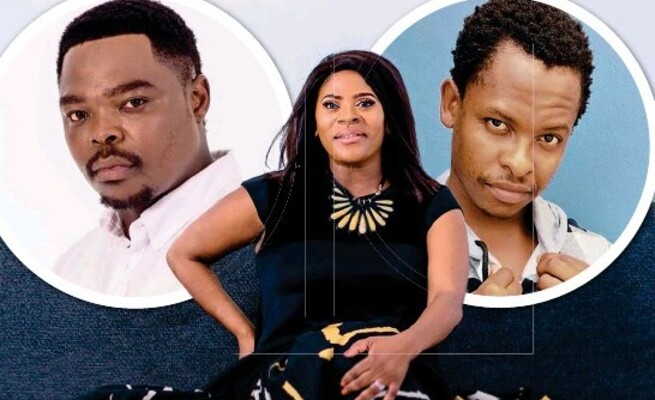 SABC 1 telenovela Uzalo's behind the scenes drama would no doubt make better TV than most of the prime-timeshow's episodes.

According to insiders Thulane Shange (Thulani) had become a distant memory on Uzalo's set, with his onscreen ghost set living out the last of its appearances in the TV show.


He stopped shooting two weeks ago, the sources said, When called for comment, Thulane confirmed the breaking news.

"Im currently jobless and looking for work. Be that it may, I didn't leave on bad terms.'Its just that my stiryline came to an end and yes my last shoot was indeed two weeks ago."

"My contract was originally set to expire in October, but the lockdown period affected the telenovela's plot, Life is hard, but i keep myself busy by helping musician and gqom star, Mampintsha with his music videos."

Another source said the producers also pulled the plug on Sizwe Khumbuza (Godfather)
When called for comment Sizwe refered all inquiries to Uzalo.

Sizwe was also recruited by Mampintsha for the same video shoot.

" At Uzalo actora are told there are many people who want their jobs, It's as if they are being done a favor for working there. Truth is, they are the reason the Telenovela is number one ." another mole said.

Actors Dawn Thandeka-King (MaNgobo) and Siyabonga Shibe(Qhabanga) were said to be living on borrowed time as Uzalo's producers would allegedly get rid of them soon.

"These two are no longer in the producers good books because they made the mistake of asking for a salary increase.

"Dawn is, in fact amoung the actors who have a dark cloud hanging over their head,her attitude recently isn't doing her any favour, She makes the writers and directors' job difficult because she sometime demands to change the storylines."

"She was very close to one of the directors who left Uzalo for Imbewu, Since the directors's departure, things have been hard for her.

"Remember how GC (Khaya Dladla) was booted? It will be the same with dawn. She'll also be told she will get a call when she is needed.

Siyabonga also complained about his salary.

"Its not clear how he will exit, All i know is that his job is on the line", a close source said.

When contacted for comment Shibe said he does not know anything, Thandeka was not available for comment.