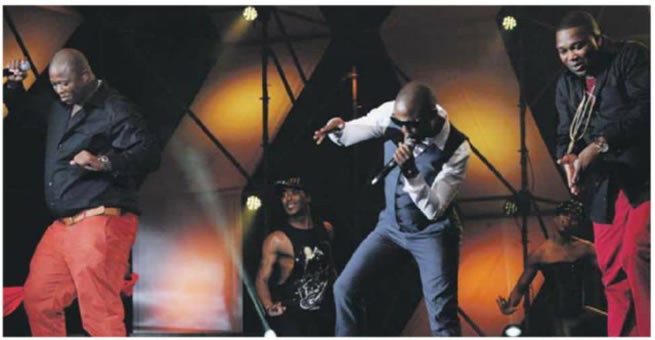 Mampintsha and DJ Tira have finally buried the hatchet.

This  resulted in the death of Big Nuz, the music group signed under DJ Tira's Afrotainment record company.

Mampintsha was a member of Big Nuz, alongside Danger and the late R mashesha, who died in 2015.

Asked for comment, Tira confirmed the rebirth of Big Nuz.

"We can't shy away from the fact that people love the group and its music, so we decided yo bring it back."

He said they were still planning how the group would be re-introduced.

In 2018, Tira had confirmed Big Nuz was no longer under Afrotainment. Asked if that would change, he said " Everything will be finalised soon.

We still havent decided whether Big Nuz will record under West Ink or Afrotainment that will be finlised next week.

t the height of their beef Mampintsha accused Tira of being jealousof him nd his girlfriend, Babes Wodumo.

Commenting on the past drama Tira said:

"All u want to do is make music, I don't dwell on issues that won't help me. All i care about is making music and making fans happy."

"We started this group as brothers. We can't give up like that. Big Nuz represented uMlazi and Kwaito fans. We have to keep the legacy of the group"