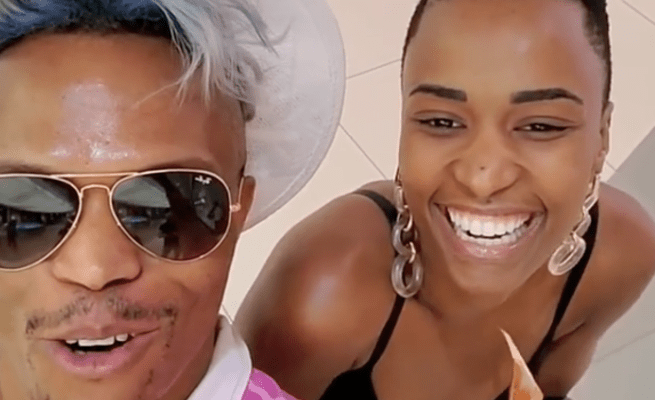 The pair also discussed pride month and Somizi’s wedding to Mohale. He said he did see himself getting married to the man he loved despite the societal norms of many people not accepting the gay community.

After her crowning as Miss Universe late in 2019, many people were excited to see what Zozibini Tunzi would do during her reign, but this has been completely stalled due to the global Covid-19 outbreak.

During her Instagram live video chat with media personality Somizi Mhlongo, Zozi did admit that the pandemic had affected her reign and possibly the crowning of a 2020 winner.

Zozi clarified: “Once you become Miss Universe, you cant be Miss SA anymore.”

She joked: “I guess we’ll talk to Miss Universe…we must draft them an email.

“We actually don’t know what will happen yet with the crowning [of the new winner] so we’re all still waiting and crossing fingers.”

The pair also discussed pride month and Somizi’s wedding to Mohale. He said he always saw him getting married to the man he loved despite the societal norms of many people not accepting the gay community.

They also touched on the struggles and successes of his career, where Zozi mentioned a time when Somizi left a church service after some homophobic slurs. He said he left when it was quiet not when people were singing, so they could see him leaving.

“For me, I know my platform, I know my voice, I know that I speak for the voiceless, that I represent people who have been ostracised and those who are discriminated against.

“I stood up, I slowly took my bag and walked out.”

Zozi said life in New York is good despite not being able to go out much, but she is involving herself in the Black Lives Matter movement and using social media to engage with the masses.