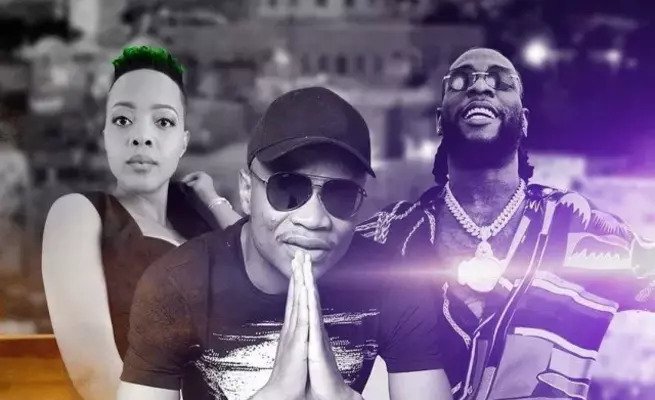 Master KG took to his social media to announce the remix that promises to be a hit with Nigerian hitmaker Burna Boy and KZN-born songstress Nomcebo Zikode.

Master KG also announced a Kenyan tour bubbling under, in an interview he was quoted saying:

“To my fans in Kenya, I love you guys so much, I was supposed to come and perform there sometime this year, but I will come very soon. Thank you for the love and I won’t disappoint you soon,”. The 24-year-old musician has already produced record-breaking hits and won several awards.”

The remix was announced early this month; however, the release date not been confirmed, Master KG said the collaboration is a dream come true for him as he looks up to Burna Boy, “The advantages of working with him include that he has reached a level I am still working towards, so featuring him will expose me to a lot of people, including his market, which is obviously bigger than mine. People who didn’t know me will get to know me more.”

His stans have congratulated him on this big collaboration

Tbh Master kg is the GOAT 🐐here in Mzantsi. The country should be grateful that we have an artist like him. This guy is making hits after hits🔥🔥👑#CongratulationsMasterKG

I’m going to watch Burna Boy perform #JerusalemaRemix before I go watch AKA autotune me to death.