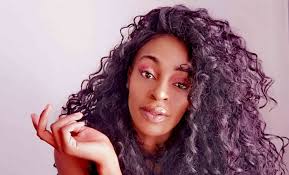 Her career is ever-expanding, which has landed her a gig at motor channel Ignition TV’s popular series ‘Garage Gold’.

Television and radio personality Mmasea PeTje continuing rising profile has been seen and heard on our radios and television screens for years. Her career is ever-expanding, which has landed her a gig at motor channel Ignition TV’s popular series ‘Garage Gold’.

Mmasea released a statement opening up about the many things we need to know about her.

Three famous people she would invite for dinner:

Tracey Ellis Ross, Prince, Barack, and Michelle Obama. She said: “The conversations we could have would be endless.”

2. When I was growing up I wanted to be:

“Everything from being a hairdresser to a teacher and prima ballerina.”

Mmasea explains that the creative and entertainment industry bug hit her at a young age.

“I’ve always wanted to entertain. Apart from that, when I was about 16 years old I said I want to be the CEO of some major corporation or empire. I’m still working on that.”

3. I haven’t reached my peak just yet:

“I think we hit different milestones at different points in our lives so I feel like there is this never-ending quest to meet the next one.”

She added: “If I’m honest I don’t think I’ve achieved my biggest thing just yet. I am working on it though.”

4. Mmasea is a self-confessed gaming junkie

“To be the voice of any computer game would be epic. Knowing that every time someone picks that specific avatar or character that I get to guide them on this weird little adventure.”

Mmasea says she could be involved in any game.

April Fools is not for the faint-hearted. When she was eight years old, her parents duped her to believe that Nelson Mandela would be driving past their house.

Mmasea said: “My brother was still a toddler and my mom called the house phone to let us know that Nelson Mandela would be driving past the house that we lived in Hurlingham and I remember myself, barefoot with my nanny and brother running out to the street in the hopes of the great Tata Madiba.”

They stood outside for three hours. When her mom finally came back home she told them it was a joke.

“That was the first time I experienced April Fools and every single year since that day, April Fools has become one of the most important dates on my calendar.”

6. The Middle East has a fond place in her heart

Being a person who loves adventurer and travel, Mmasea says the United Arab Emirates (UAE) has left a lasting impression.

“I love the opulence of everything around you as you make your way to certain areas and places and then ten minutes later, you’re in the heart of the Golden Souk negotiating for prices on unique things you can only find there. I love that one minute you can be snowboarding in a mall and the same evening you’re dune bashing in the desert.”

7. Her cooking skills need some work

Mmasea admits her knife skills and overall cooking can improve. Her usual meal would be chicken breast, a cup of veggies and maybe some plain yoghurt.

“It’s the worst. My brother was a big fan of my signature garlic mash – which happened by accident. I do make a decent breakfast though. I can give you a three-course breakfast and you will love it from start to finish,” she joked.

“I love clothes and fashion and I am not much of a follow-the-trend kind of girl so my dream closet would be something really different. I do see lots of nudes, whites, greys, and blacks. Honestly, I am not a big fan of colour – maybe a little dusty pink but that’s it.”