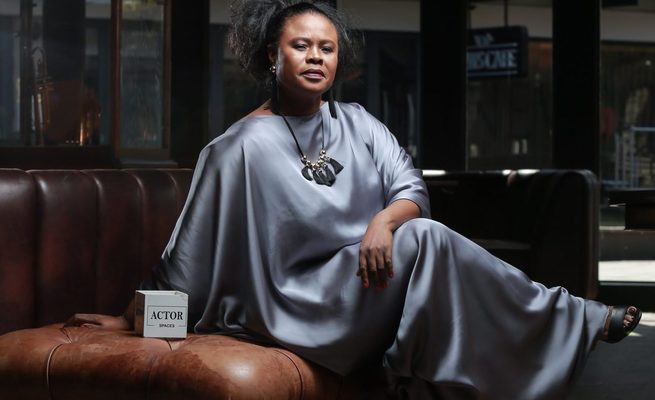 The role came after the 50-year-old raised her frustrations in an interview with City Press in April last year about how difficult it was for actors her age to land leading roles.

“Playing a leading lady means a lot to me. It is the best birthday gift ever. It came right after I lost my brother. It is a tribute to my beloved brother, who did not own a television but supported my acting career over the years,” she told City Press via a video conferencing call on Thursday.


Isono is the story of a dysfunctional family and a heroic son who searches within himself for the strength to stand against a powerful and evil matriarch who will stop at nothing to serve her own needs.

Moshesh plays Mary, who pretends to be a philanthropic socialite and takes in unwanted and delinquent children.

“Mary has many layers, but I enjoyed playing her.

“She reminds me of Masabatha, the leader of a cult on the popular TV show Lockdown, and the evil Mamohato, who I played on Mzansi Magic’s Saints and Sinners. Those two roles were preparing me for this particular one,” she shared.

She said the challenge with portraying similar roles is that it pushes a performer to make each character stand out.

“I don’t want the audience to say they have seen me playing this role before – the same way I played Masabata and Mamohato – so I have to give this character my best and bring something new to the table.”

Moshesh and Mary have a few things in common – they are both driven, they both grew up on the East Rand and they are both strong-willed survivors.

“I have survived more than 30 years of industry challenges.

Moshesh says she was blown away by the storytelling when she first read the script for Isono.

“I said to myself: ‘Nthati, you are in for a ride. Are you ready for this role?’”

The two have a complicated relationship – Mary has always been able to control and manipulate Jumima, but is extremely protective of her sister, especially towards people who treat Jumima poorly.

“What is lovely about working with Rami is that we are both trained actors. [Because of] the skill we bring on set, the directors allowed us to be creative.

“We have done things which were not on the page, and that comes with experience.”

Moshesh adds that working with young actors has added new knowledge to her extensive cache: “I am discovering new languages. There is so much to learn from young people – what makes them tick and what drives them.”

Although she is happy to have a job in an economic climate that sees many of her fellow actors out of work, Moshesh says the country is in a desperate socioeconomic state.

“Being a black woman in this country is always a challenge. Women are brutally killed on a daily basis. Some go to buy bread and they never come back.

“Sadly, there are still double standards on how women and men are judged by the choices they make.”

Commenting on the #BlackLivesMatter campaign, she said the topic was explosive and added that police brutality was something that many South Africans were sadly exposed to from a young age.

“I experienced it first-hand at the age of six in 1976 in Katlehong. I still have vivid memories of Casspirs, tear gas and seeing my worried parents waiting by our gate.” Catch the premiere of Isono on BET Africa (DStv channel 129) on July 27 at 9.30pm