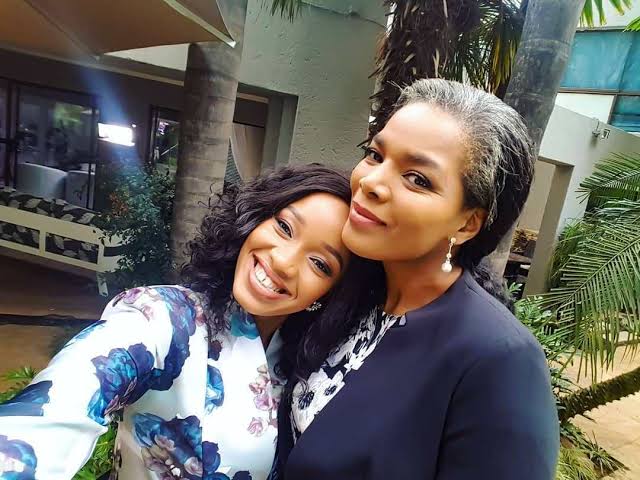 Actress and television presenter Dineo Langa shook fans when she finally confirmed allegations that she was axed from The Queen.

The star shared the news on Instagram after a fan asked her about it. Dineo commented on a post by her onscreen brother (played by Loyiso MacDonald) where fans started asking when her character would be returning to their screens.

When does Kea come back from Dubai,” one Instagram user asked.

“Ang’buyi mina ngaxoshwa (I am not coming back, I was fired),” she responded.

Back in April reports surfaced that Dineo was fired after she asked for time off to shoot a film and the actress hadn’t said anything about these allegations until now. At the time, showrunner Laura Nel told IOL that Dineo hadn’t been fired.

“Dineo’s contract was not terminated. She is still on payroll until the end of May. Dineo was released to go and shoot her movie. Scripts had to be rewritten to accommodate this as she was on an 'A' storyline. She was scheduled to return in April, but due to the lockdown, everything has changed,” she said.

Shona and Connie Ferguson even had an Instagram Q&A with Themba Ndaba in which they denied allegations they had fired people.

Dineo also revealed on Instagram how her character Kea’s story would end. Replying to another user she said: “My character was removed from the show. The character will be dying soon soon.”

Dineo and fan favourite Rami Chuene are among the latest crop of actors to exit The Queen.

Although Rami was advised by her legal team not to discuss her reasons for leaving, rumour has it her relationship with the Fergusons became tense after she publicly sided with Vatiswa Ndara. Dineo, insiders say, was axed because she reportedly wanted a break to shoot a movie.

Connie didn’t want to discuss the details of their departure with DRUM. She tells us via email that Ferguson Films is all about unearthing fresh talent. In the highly anticipated fifth season of The Queen, the Fergusons will introduce audiences to a new family. “We will be introducing a father and two daughters who are going to be a thorn in someone’s flesh,” she reveals.