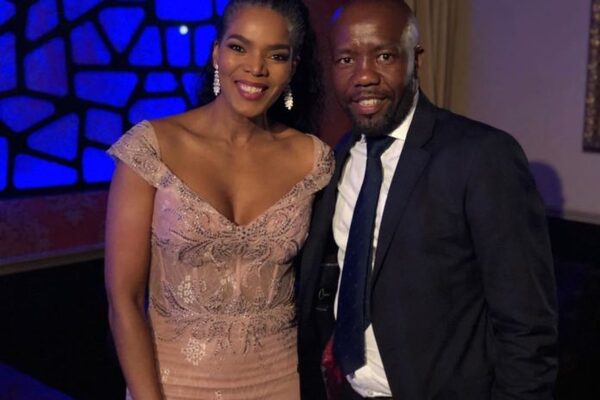 The Queen’s Mlamli Mangcala, who plays the character of Captain Sthembiso Radebe, accused the couple, Connie and Shona Ferguson, of being masters of deception.

The actor revealed, in a leaked letter, that he nearly lost his house and car after he was promised better rates by the producers – which never materialized. He said this left him with more financial woes. He revealed that he has now exited the Mzansi Magic soapie.

In a social media post, on Tuesday, he wrote: “We come, we serve, we take a bow or forced to take one. The force is either internal or external but remains a force. The truth will always prevail and stand during the test of time. Sanity, integrity will one day take over the reigns from greed and lies. Taking a bow.”

He alleged in the letter that he had to cover his own travel costs and accommodation from Cape Town to Johannesburg to shoot The Queen, with the promise by the producers, to look into his rates after his two-month contract was extended by a year.

This, he said happened after the couple said they loved his character.

But he alleged his demands for a fair call rate was not met. He said they promised that his demands would be addressed in the coming seasons, which later went from season one until it got to season five without any action.

Instead, the actor said he was asked to sleep at the Khoza Mansion, sharing a bed with the caretaker of the house, until it got to him, and he decided to put a stop to the treatment.

Mangcala said the only increase he received was R100 twice after he attempted to negotiate his contract.

He said that more promises were made but they never came to pass.

Instead, he was told that the production company has decided to kill off his character, as they wanted to fight off the competition and challenges posed to The Queen, by Mzansi Magic’s new telenovela, Gomora. Gomoroa had overtaken The Queen’s ratings as the most-watched Tv show on Dstv.

Mangcala said it only dawned on him now that he was lied to and they discarded him after making so many promises.

“The Fergusons Film made me to pay for being on Tv,” said the actor.

He said the situation had also affected his kids who had to adapt to the nightmare he was facing just to be on Tv.

Connie Fergusons confirmed Mangcala’s exit from soapie. But she said that his character was meant to come to an end, at the same time as Jerry Maake’s character, played by Shona Ferguson.

“All contracts expired end of May,” she said.