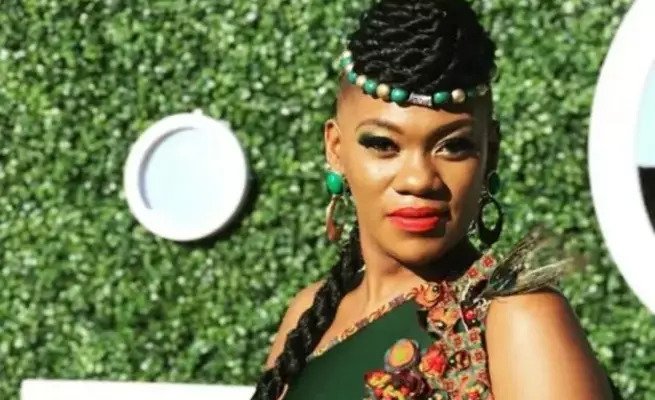 ‘Anyone would be remiss to think it was an easy decision, but it wasn’t. My doors always remain open to do business with ‘Imbewu’ and I’m proud of what we were able to achieve together over the last two-and-a-half years.”

Fundiswa Zwane has announced her departure from the e.tv soapie Imbewu: The Seed.

She plays the role of Ka-MaDonsela – a wife whose roots are deeply set in her culture – and will make her final appearance on 29 July.

The actress has played the character since the award-winning show began in 2018.

“We will miss her big personality, dedication to her craft, and sense of adventure,” he added.

Speaking on her departure from the show, Fundi said: “I am proud of what meaningful business and artistic collaboration has been able to achieve over the past two years.”

She further added that her time on the show had been a great journey and she was excited to see what it would continue to achieve.

Here is what Zwane had to say about life after Imbewu and what fans can look forward to:
What will happen next for you?

The Fundi Zwane brand continues to grow and evolve which is a big part of the DNA of my company, The Phezulu Phambili Collective.

I’m currently producing my first feature film with an amazing team of industry innovators and storytellers – which I can’t wait to share with the rest of the world in 2021.
Why did you decide to leave Imbewu?

Though my departure from Imbewu was sudden and unexpected, I’m glad it happened with me already working on my first feature film.

My aim as a business person is to consistently increase brand value and brand delivery. The exit from the show is to follow a dream that is blossoming now for me and that makes room for the art and business to do just that.

Anyone would be remiss to think it was an easy decision, but it wasn’t. My doors always remain open to do business with Imbewu and I’m proud of what we were able to achieve together over the last two-and-a-half years.
What are you going to miss most about the show?

My relationships with the cast and crew.
Any exciting projects in the pipeline?

I’m currently producing my first feature film to be shot on the South Coast of KZN in the next few months. It’s one thing to be known as a working actress, but it’s a completely different skill handling people’s private investments and forging partnerships and collaborations that work.

All of this, while telling a beautiful story on camera that credible collective minds believe must be told. It is quite a task for someone wearing a producer’s hat, but for me, so far it’s been a thoroughly great (and learning) experience.
What does the rest of 2020 hold for The Phezulu Phambili Collective?

The next two months will see Phezulu-Phambili take to Johannesburg for some online activation work – which is exciting.

Youth Month is always a big one on our calendar, which finds us teaming up with some great initiatives as the online platform takes shape in our country. It’s great being part of platforms that speak to current culture and conversations.