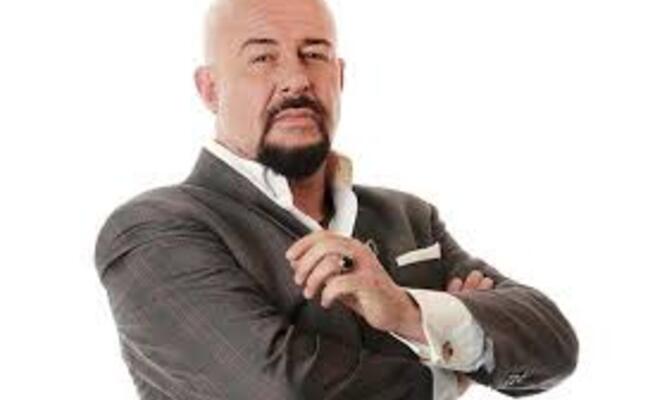 When his son hit his final year at university, he felt a fundamental shift. After working hard for so many years to give his only child a good life, Jamie Bartlett decided the time had come to focus on himself.

Having spent the past 13 years playing David Genaro in Rhythm City, he wanted to spread his wings, so he quit the popular soap.

“I’ve been playing David for a long time – I’m not saying he’s easy, but my God, we have explored every part of him,” Jamie tells DRUM.

“I know what he smells like, I know how much wax he has in his ears. It had come to an end.” David will go down as one of the meanest men in Mzansi soapies – the guy who relentlessly terrorised his rivals without so much as a thought to the devastation he wrought in the process of getting what he wanted. But karma has a way of catching up with someone and in the end, the soapie villain died the way he lived. In a dramatic scene, David is gunned down by Suffocate (Mduduzi Mabaso) and Khulekani (Mncedisi Shabangu), who’s hellbent on revenge after David killed his son.

Rhythm City’s ultimate bad boy has been laid to rest – and this time it’s final.

“I thoroughly enjoyed his first death, 10 years ago,” Jamie quips. Back then David died in a hail of bullets after Gina (Dorette Potgieter) took revenge on him for kidnapping and torturing her, but it turned out he had faked his death. But this time round there’s no bringing him back from the dead. “Something happened when my son finished university,” Jamie says.

“I felt that living in Joburg, I had lived to put him through school, then it was his economics degree. I’m turning 54 this year and I felt like it was just a bracket end.” But leaving the soapie after 13 years wasn’t easy.

He had plenty to think about, but one thing was clear. “I’m not done with acting – not by a long shot,” Jamie says.

“I think I’m ready to inherit 25 years of something different.”

We’re catching up with him at his stylish, three-storey loft apartment in Jozi. The airy lounge is tastefully decorated with quirky lamps, colourful glass vases and treasured ornaments. Two colourful Basotho blankets are neatly draped over an olive velvet couch. The talented TV star is wearing a trendy colourful shirt and sporting red sunglasses that are becoming his signature new look. “You must be an interesting person,” Jamie says.

A giant black and white image of two young black men wearing Gucci belts and drinking adorns the wall opposite him. He says he loves that the artwork tells the story of young black men from the townships. “I am mad about South Africa, worms and trees. Jamie Bartlett is what you see here. A man who reads plays, who reads classical pieces of work and who has a few close friends.

“It takes quite a while to live very comfortably in your own skin, I live more comfortably now than when I was 30, I know what I want,” he adds. “Yes, I’ve fallen off the horse a few times, but I’ve had to get back on. I’ve made mistakes and bad decisions in life . . . I think the indelible thing is that I am a dad. I have gone through the pain of parenting like every parent does. It changes you. It makes you grow up. I’m much better off emotionally than I have ever been.”

Jamie gets up and offers us imported coffee served in exotic round glasses he says he got while travelling in Eswatini. The open-plan kitchen looks like it belongs to a professional chef. In the gleaming sink, crabs lie waiting to be prepared for “someone special”.

“I’m cooking tonight, I love cooking. She loves crab,” Jamie says. He won’t divulge more on his ladylove, but now that he’s got more time on his hands, he hopes to cook up a storm for his special friend.

With a wealth of experience under his belt, the award-winning actor believes in sharing his knowledge. That is why Jamie hosts a masterclass at The Finishing College, an accredited private college in Bramley, Joburg.

“I teach other actors and corporates confidence – things like being comfortable in your own skin, how to leave an impression on somebody, how to speak with a smile in your voice. “That’s where I want to be right now.” It’s a far cry from the long hours working on set. Even so, he’ll miss playing diabolical David. Jamie was so immersed in the character he’d sometimes tell the scriptwriters “no, he would never do that”. He knew David inside out.

“As an actor, you need to play for a five-year-old girl and the 85-year-old gogo sitting next to her controlling the TV. They must umbilically be connected to you, hate you, love you. You are palpably having an influence on that gogo and that child, in the same room,” he says.

“In order to do that, you need to sound incredibly honest. They must buy what you are doing.” He’s going to miss his Rhythm City family and the fans he made on the soapie, which is broadcast across 22 countries in Africa. Whenever he stepped out in public, Jamie says, people lined up to take selfies with him.

“There would be so many every day. Every traffic light, and even at roadblocks every cop lady would say, ‘Hello, David’.

“I think some people think you dial your performance from out of space. Meanwhile, Jamie Bartlett is a normal suburban guy who does what everybody does.” But for fans of the bald TV star, he will always be regarded as devilish David who sizzled up their screens every weekday.