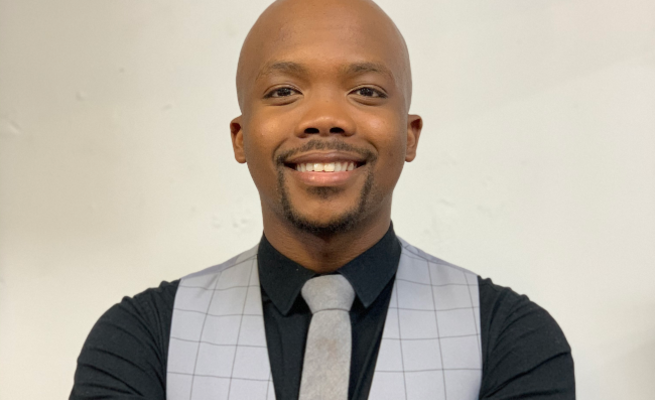 Baxolise Mfidi is a South African actor and radio presenter, born and raised in East London. He moved to Johannesburg after matric to study and pursue a career in media. A few years later, he landed the role of Vukile in Rhythm City.


Here are 7 interesting facts about Baxolise:

1- In 2014, he was one of three young journalists selected by the British Council SA to represent South Africa at the Future News cultural programme in Glasgow, Scotland.

2- He was a very charismatic kid in primary school. His teachers encouraged his singing and he often performed at school shows. Everyone knew "Baxo" – his nickname at the time.

3- He recently decided to stop using a smartphone and has gone back to using a feature phone.

4- The way to this man's heart is with a plate of homemade umvubo.

6- He watches himself in Rhythm City. “It takes some getting used to, I won't lie. I live-tweet during the show and engage with our citizens through the hashtag #RhythmCity and I do this because I think it brings new meaning to the term ‘home theatre’, you see the audience’s reactions to the show immediately. It does require a thick skin because some criticism isn’t constructive but the more you do it, the more you learn how to separate the trolls from the true fans.”

7- One of his dream roles is Dreamgirls. “I'd love to play the protagonist in a film adaptation of Kgebetli Moele's Room 207. I would also love to portray Santiago in a limited series of The Alchemist. Both of those books have a very special place in my heart. Onstage, I'd love to act the part of CC White from Dreamgirls.”