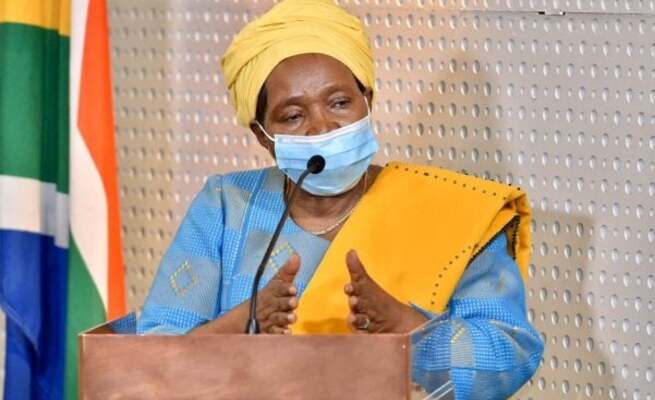 The high court has ruled that government’s lockdown regulations are not legal but they will nevertheless remain in place for at least the next 14 days.
Government spokesperson Phumla Williams said on Tuesday evening that government had taken note of the judgment delivered by the Gauteng Division of the High Court today declaring the Alert Level 4 and Alert Level 3 Lockdown regulations unconstitutional and invalid.

The court suspended the declaration of invalidity for a period of 14 days, however. This means that the Alert Level 3 regulations remain in operation for now.

The regulations around the ban on tobacco have not been affected by the order as yet, since those are subject to separate court challenges.

The court has further directed Minister of Cooperative Governance and Traditional Affairs Nkosazana Dlamini-Zuma, in consultation with the relevant ministers, to review, amend and republish the regulations with “due consideration to the limitation each regulation has on the rights guaranteed in the Bill of Rights”.

Cabinet said it would make a further statement once it had fully studied the judgment.

In a 170-page affidavit filed last month, the Democratic Alliance said the party opposed the “draconian” limitations on the rights of South Africans that came at great economic cost. However, this judgment is not related to the DA’s court case, as it was brought by Reyno Dawid de Beer and the Liberty Fighters Network.

They echoed the same concerns as the DA, which took government to court in two separate matters that challenged the validity of some aspects of the hard lockdown.

DA MP Glynnis Breytenbach said last month: “I am advised that … the regime under the Covid regulations resembles a state of emergency, but is not subject to the same safeguards,” adding that Dlamini-Zuma had broad and intrusive regulatory powers that were not subject to parliamentary oversight.

She argued that, had Ramaphosa declared a state of emergency, this would have only empowered him for 21 days, unless an extension was given by National Assembly approval through a 60% majority vote.

“Under a state of emergency, the president may promulgate emergency regulations as are necessary of expedient to restore peace and order, but must make adequate provisions for terminating the state of emergency. The Cogta minister is not required by the DMA to describe how we will return to something resembling normality and in the Covid regulations, she has not.”

Breytenbach added that, under a state of emergency, Ramaphosa must table emergency regulations in parliament, while the Disaster Management Act did not require any parliamentary oversight.

“In short, the regime under Level 4 Covid regulations resemble a state of emergency in material respects, but it’s not subject to the same safeguards. The Covid regulations, and all of the directions issues under them, may thus be unconstitutional in their entirety.”

She challenged the court to consider the consequences of Ramaphosa’s decision, arguing that under a state of emergency, Sections 37(4) of the Constitution permitted legislation that derogated certain rights in the Bill of Rights. Lockdown regulations may not derogate any rights, she said.

Breytenbach said that, if the courts deemed these unlawful, irrational, unreasonable and disproportionate, “the court is required to declare them to be unlawful and set them aside, and is empowered by Section 172(1)(b) of the Constitution to make any other order that is just and equitable”.