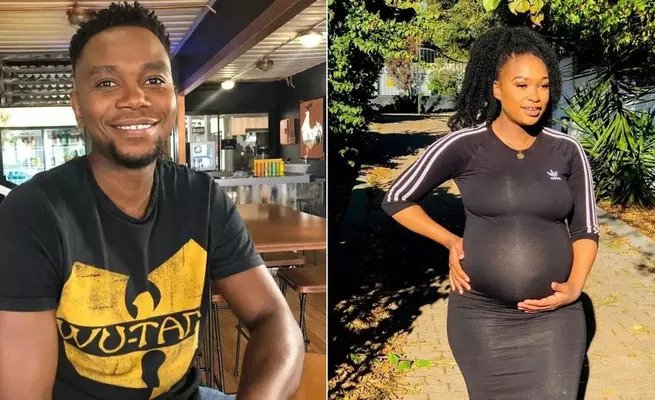 Taking to Twitter on Wednesday, penned a heartfelt tribute the bundle of joy on social media.

Gumede shared three ultrasound scans of the baby in the second trimester.

The second scan showed the baby's little hand, while the third one clearly shows the baby's face with Zola Nombona written on top of the 2D scan.

After fans and friends congratulated the couple, who have not confirmed the romance speculations, Gumede on Friday posted a statement, with laughing emojis, insisting that the name on he scan is "the baby's name".

He wrote: “No man guys, you got it all wrong. The name on the top of the 3rd baby picture is the baby’s name”

But tweeps were having none of that, especially after the "Lockdown" star responded to the IG post, with hearts and laughing emojis, she simply wrote: "My Twin. To which the doting dad replied with a heart emoji.