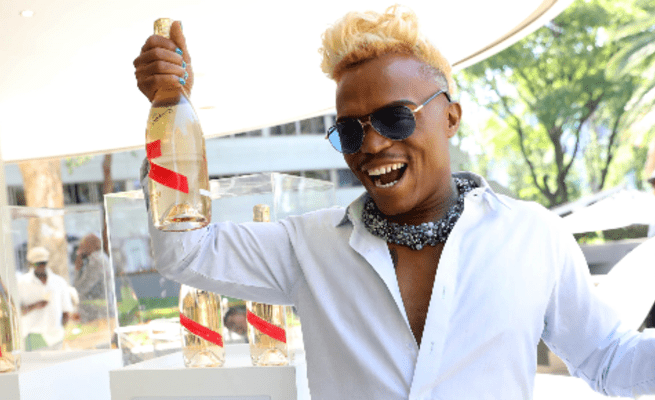 The champagne was in launched in December at a star-studded soiree. At that time, Mhlongo took to Instagram to announce that there is a limited-edition G.H Mumm champagne bottle with his name on it.


“Ladies and gentlemen boys and girls I present to u…..the one and only edition….LTD EDITION……..GHMUMMxSOMIZI….THE ONLY ONE IN AFRICA…..TO GOD BE THE GLORY……available in all Makro stores. I LAUGH IN FRANCE NOT IN FRANSCHHOEK. @ghmumm_sa,” read the post at the time.

Meanwhile, the star recently took to his Instagram account to announce good news to his followers, about his brand winning a PRISM award.

Mhlongo sometime last year announced his partnership with G.H Mumm and surprised his guests at his wedding with bottles that were personalised with his name after partnering with the brand. He even went on to mention that the range would be officially launched soon, this meant that the guests at his wedding were the first to taste it.