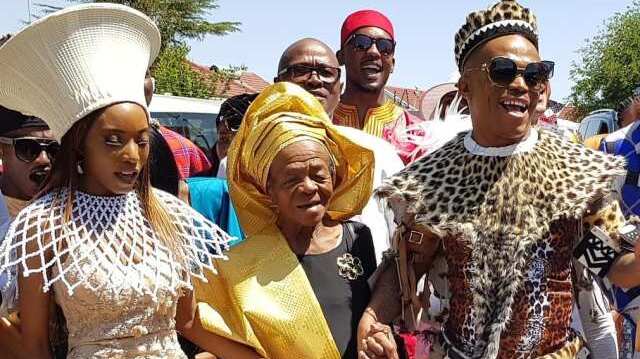 South African Television personality, Somizi Mhlongo who is known for his bubbly character loses it after his mother was mocked and insulted by a Twitter user on Mother’s Day.

Mother’s Day is celebrated in South Africa and other countries on the 10th of May each year and this year Somizi had to stand and defend his mother after she was laughed at because of how she looks in her old age.

This angered Somizi who declared that at least his mother is happy and content regardless of how she looks.

“Let me engage you, I am proudly gonna age like my mom, happy and content. I wish your mom reaches my mom’s age. I used the word poor in the wrong sentence because Mohale won’t be. I hope it’s not the case with you and your gorgeous ageless mom,” he said.

Mhlongo also used an idiom to warn the twitter user who made fun of his mother not to play with fire while he lives in a thatched house. 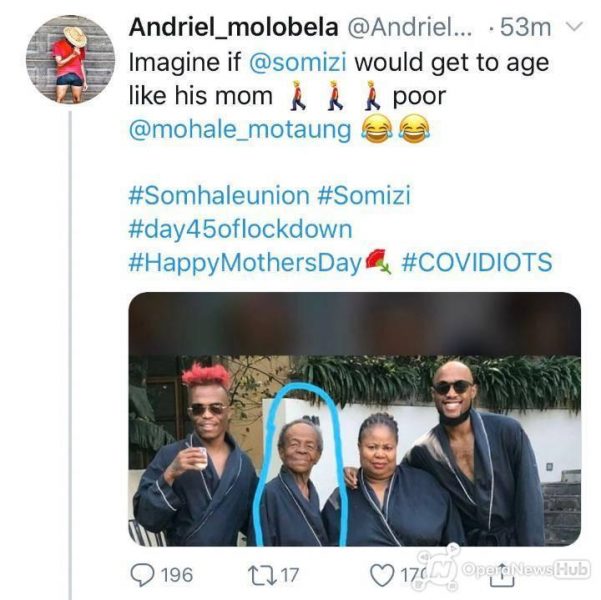 “Don’t play with fire if you leave in a thatched house. I would use the glasshouse idiom but I doubt if you know the feeling of living in such a house,” he said.

Somizi also asked the Twitter user to show the pictures of his mother since he has been mocking other people’s mothers.

“Now show me your s_xy flawless mom, with my mom I will fetch you, papa. I will be a straat mate,” said Somizi.