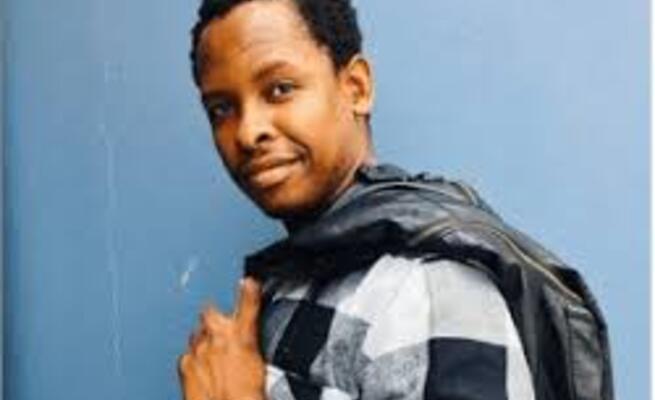 Uzalo actor Thobani Nzuza is leaving in fear of his life in real life after a popular music manager, Senelisiwe Bhengu, threatened to kill him. So serious are the death threats that Thobani Nzuza has cried out for help on social media and even begged police minister Gen Bheki Cele to intervene.

According to Senelisiwe, Thobani interfered in her business when he convinced musical sensation Mnqobi Yazo to leave her stable. This did not sit well with Senelisiwe who then started sending death threats to Thobani and demanding money. She insisted she is responsible for Mnqobi’s rise to stardom and therefore Mqobi has to monetary compensate her. Senelisiwe Bhengu is the manager of Afropop musician Mnqobi Yazoo.

The actor alleges that he has been receiving endless death threats from the woman and these antagonising incidents have left him fearing for his life. In a couple of videos he shared on his Twitter thread, Thobani says Sanelisiwe claims to be very connected and she is not scared of anyone.
Promoted Content

Earlier in March, celebgossip.co.za ran an article detailing how Senelisiwe hired three hitmen to kill the Uzalo star at his rented house but failed as he was not at home at the time.

Thobani has unsuccessfully failed to obtain a protection order against Bhengu and cites the lockdown as the reason it has been difficult to obtain one. He said Bhengu later sent him a WhatsApp message and said she was tracking his car.“[She said] I must tell her where Mnqobi is or I will die,” Nzuza said.

Nzuza also said there was video footage showing Bhengu and the hitmen threatening the security guards. He also said he has witnesses who could corroborate his allegations. “She is dangerous. She had threatened to kill me. She also sent messages to my friends saying that she is going to assassinate me. She is stalking me with her hitmen,” he said.